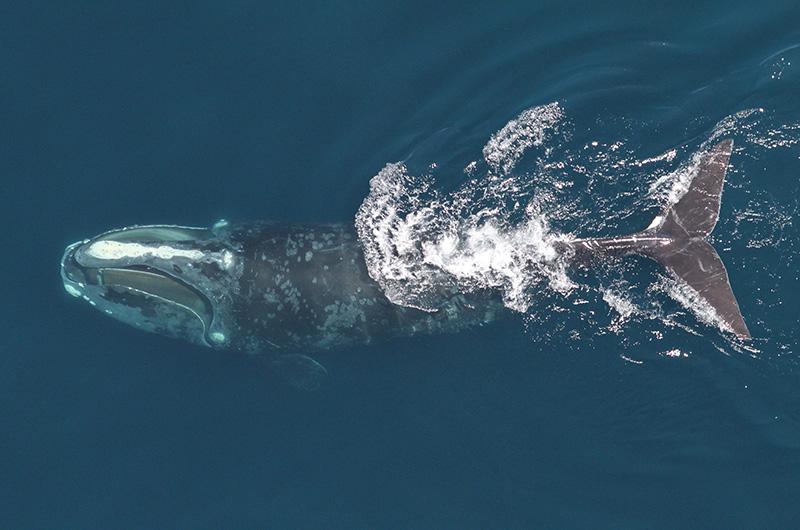 As North Atlantic Right whale populations continue to dwindle, the National Oceanic and Atmospheric Administration has put out a new biological opinion that will require fixed gear and trap pot fisheries in the Northeast to reduce whale entanglements by 87 per cent over the next decade.

Issued by NOAA Fisheries on May 27, the nearly 600-page opinion includes a phased, four-step conservation framework to cut down on serious injury and mortality for the species throughout federal waters along the Atlantic coastline, although it does not detail the specific conservation measures necessary to achieve the reduction.

The opinion follows a federal U.S. District Court ruling that NOAA had violated the Endangered Species Act by not adequately regulating the lobster industry, instituting a Take Reduction Plan that allowed for approximately three times as many right whale deaths per year as was sustainable.

Current conservation measures proposed by NOAA’s right whale take reduction team include new rules on the Jonah crab and Northeast region lobster industry that focus on gear markings, vertical line and rope reduction, seasonal fishery restrictions or closures and weaker rope for pots. The rules represent the first phase of the conservation framework, and will reduce right whale serious injury and mortality by an estimated 60 per cent.

But the new biological opinion and conservation framework claims that is not nearly enough to save the species from extinction.

“We recognize that the fishing industry has implemented all the required mitigation measures since 1997. However, data suggest that mortalities and serious injuries of right whales continued at higher rates than are sustainable even with the measures implemented under the Take Reduction Plan,” the framework reads. “As a result of climate change and exposure to mortality in unregulated areas, the persistent deaths and injuries in U.S. fisheries cannot be sustained by the reduced North Atlantic right whale population.”

While the current proposed regulations would allow for an estimated 2.67 right whale deaths per year (or 27 over 10 years), the new conservation framework looks to get that number down to 0.136, or approximately one death every eight years. Climate change, gear entanglement and vessel strikes are the primary threats to the species, according to NOAA Fisheries.