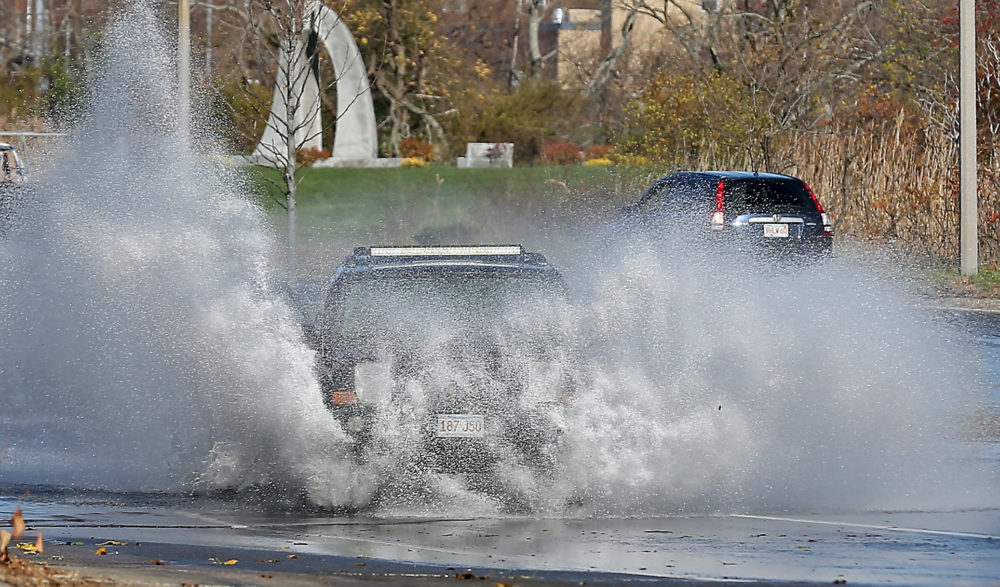 Scientists at the National Oceanic and Atmospheric Administration (NOAA) say they expect high-tide flooding along the East coast to accelerate as sea levels rise.

"In most U.S. coastal locations, the number of high-tide flooding days per year is growing. It's accelerating, in fact, along most East and Gulf coastlines," said NOAA oceanographer William Sweet at a press conference Tuesday.

"About two thirds of locations experienced similar or more days of high-tide flooding than the year before, and the rate of flooding is more than twice what it was about 20 years ago."

Predictions for other New England cities for next year include 6-13 days for Portland, ME; 6-11 days for Providence, RI and 3-7 days for New London, CT.

The fewer-than-predicted days of high-tide flooding last year are likely due — at least in part — to the natural cycle of the moon, said Sweet.

The moon's orbit around Earth gradually shifts about five degrees every 18.6 years.  This "lunar nodal cycle"— sometimes called the "moon wobble" — can either dampen or enhance the overall height of tides. We're currently in a "dampening" phase that will end around 2027. From 2028 to 2036, scientists expect that the moon's shifting orbit will lead to higher tides and amplified flood risk.

"In the Northeast there's been a little bit of reprieve," said Sweet. "Tides just aren't as high as they were several years ago. But that swing will hit the bottom and start going up again."