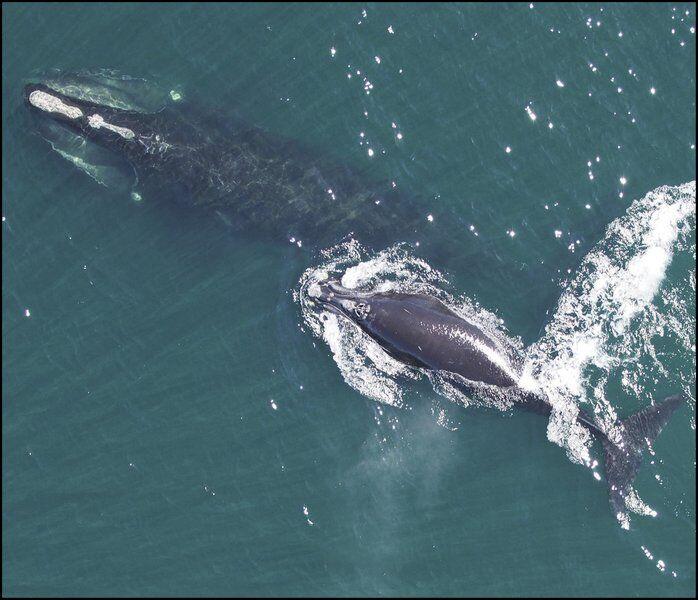 Marine mammal researchers say North Atlantic right whales are extending their stay in Cape Cod Bay and waters off southeast New England, where they have gathered this spring in large numbers.

The spring sightings come during the annual feeding migration of the North Atlantic right whales that takes them through the waters of New England, particularly off the coast of Massachusetts.

Heading into this migratory campaign, marine researchers estimated that about 366 of the endangered North Atlantic right whales still exist.

As an enhanced protection, Massachusetts has closed virtually all of its state waters to lobstering until at least May 1 and possibly until May 15 — depending on the presence or absence of the imperiled whales — to mitigate the possibility of gear entanglement.

The Fisheries Science Center jointly monitors the waters off New England with the Center for Coastal Studies and the New England Aquarium. They track the whales using aerial survey flights and passive acoustic detectors.

The updated data shows there have been 730 "sighting events" and 183 acoustic detections of right whales between Jan. 1 and April 4.

Some of those sightings and detections included more than one whale and some were re-sightings of whales already spotted.

"Surveys in Cape Cod Bay are finding large numbers of right whales as spring arrives in the bay along with the food the whales need," NOAA Fisheries stated. "On March 16, 78 right whales were sighted by the Center for Coastal Studies aerial survey team. On March 21, the 89 whales sighted included three pairs of mothers and calves."