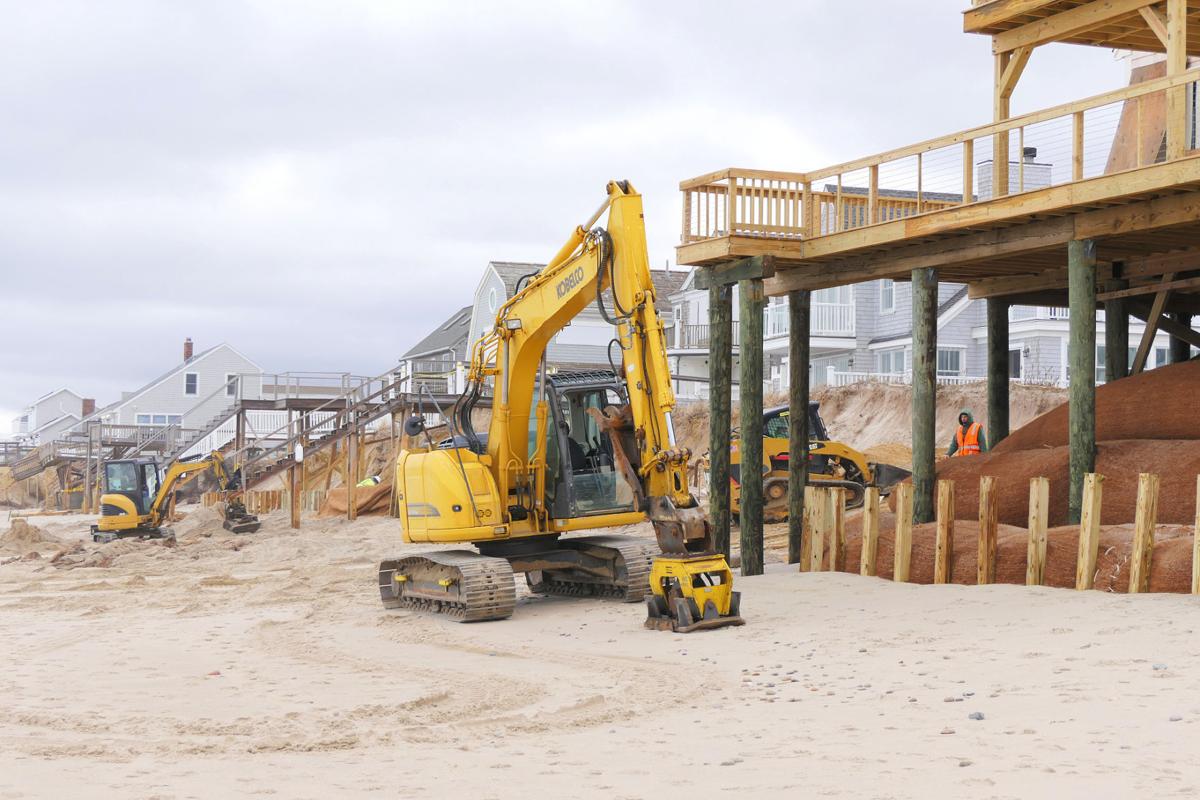 More than 15,000 cubic yards of sand was trucked to Town Neck Beach Thursday afternoon, February 4, and while it is a welcome addition, it is a small shield against a constant battering ram of winter wind.

In the past week another three beach houses on Salt Marsh Road were damaged by storm surges. At the other end of the beach, along White Cap Path, thousands of dollars worth of recently replenished sand was sucked out to sea. Debris from houses and fences still litter the Sandwich coast.

“We lost three houses and maybe more. Multiple storms do a lot of damage even though they were described as ‘moderate,’” said Natural Resources Director David J. DeConto. “It’s not the worst I’ve seen, but we’re not through the winter yet.”

Town Building Inspector Brendan Brides said he had issued tear down orders for three summer homes—at 100, 112 and 100 Salt Marsh Road—that had been damaged beyond repair.

Two of the three homes had already been undermined by a windstorm in December, Mr. Brides said. The most recent storm delivered the killing blows.

Mr. DeConto said storms with winds out of the north or east are particularly hard on Sandwich’s fragile coast. The series of such storms in recent weeks have pummeled home the point that hundreds of thousands more cubic yards of sand are needed to protect beach communities and the nearby downtown areas.

The town is awaiting final approval from the US Army Corps of Engineers to dredge about 388,000 cubic yards of sand from a site off Scusset Beach. The $25 million worth of sand would then be placed along Town Neck Beach.