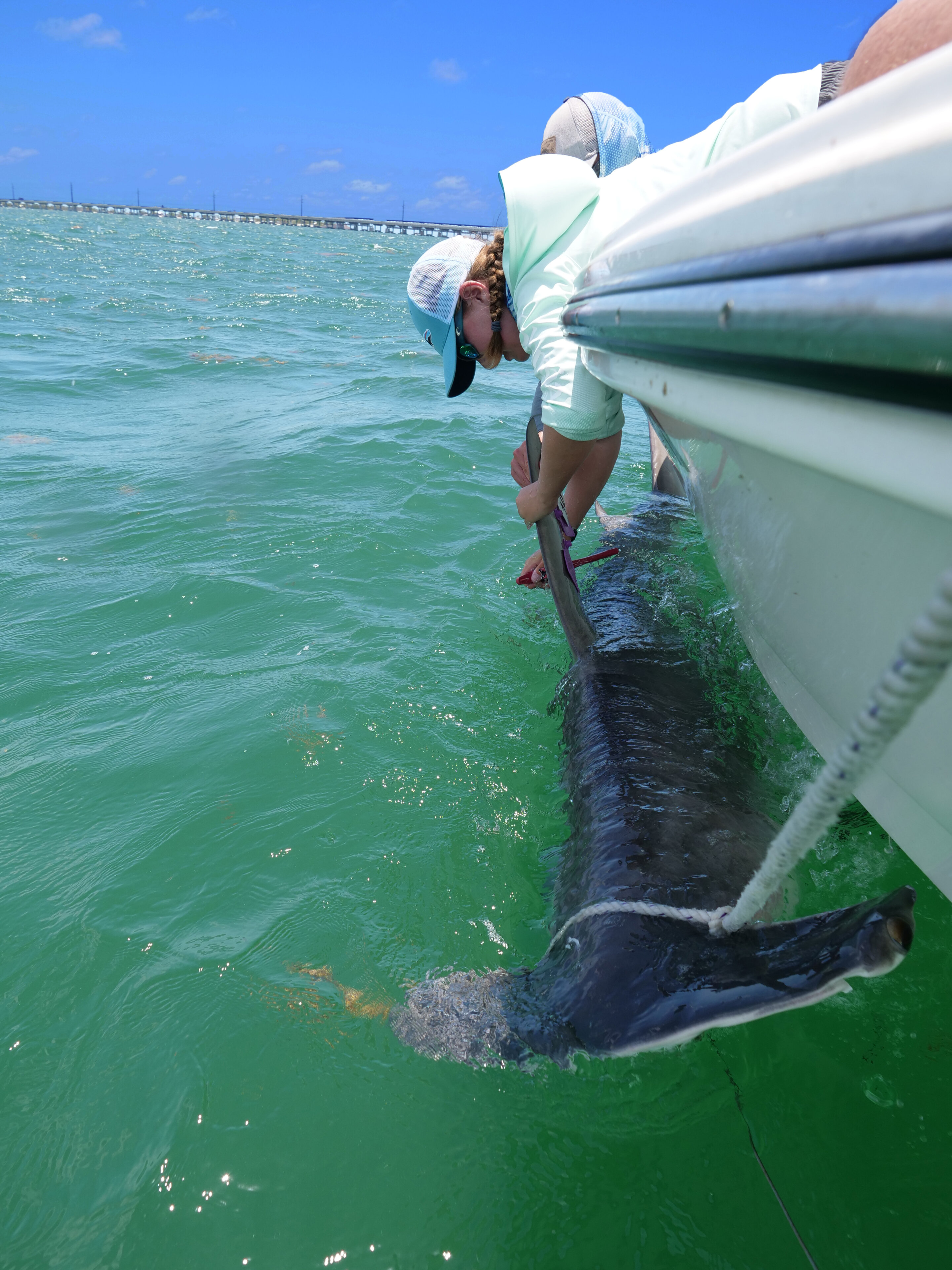 MA - Jaws of defeat: Anglers' emotions toward shark depredation is key to conservation

In a broad-scale study recently published in Fisheries Research, researchers from the University of Massachusetts Amherst quantified the emotional and behavioral responses to shark depredation in recreational fisheries.

The study found that anglers, and especially recreational fishing guides, who experienced depredation were more likely to have a negative response towards sharks and were thus more likely to target sharks for additional harvesting.

Imagine hooking the big one, a trophy fish, only to have it eaten by another marine creature before you can reel it in. When this happens, it's called depredation. Though there are many animals that engage in depredation, recent attention has focused on sharks in part because decades' long shark conservation efforts have seen some populations rebound, but also because saltwater angling is increasingly popular. Simply put, with more sharks in the water and more people reeling in fish, there is a greater chance for conflict.

"We know that sharks are very susceptible to overfishing," says Grace Casselberry, lead author of the study and a graduate student in environmental conservation at UMass Amherst. "If depredation is helping to drive the perception that sharks are a threat, then we run the risk of stressing shark populations through retaliatory actions that include overharvesting. This study reflects what anglers are concerned about, and where we as researchers and managers need to start thinking to address this conservation issue, for both the sharks and the fish being depredated."

Over the course of six months, Casselberry and her team distributed a detailed survey to recreational saltwater anglers and guides in North America and received over 541respondents. The survey asked a number of questions, including which species of fish had been depredated, how the experience of depredation affected the angler or guide and whether or not the experience changed the angler or guide's subsequent fishing behavior. "No one has really checked in with the anglers and guides themselves," says Casselberry. "This is unfortunate, because you can get really valuable information from fishing guides since they are out on the water every day."

The team found that depredation is a frequent occurrence—over 77% of respondents noted that they had had a fish taken by a shark at least once in the last five years. Of that group, well over half had seen more than 20 depredation events in the same time period, and 72% had actually seen the shark take their catch. "It is imperative that we understand the rates of depredation, the species of fish and sharks involved, and how these events drive the reactions of participants that fuel overarching conservation concerns," says Andy Danylchuk, professor of environmental conservation at UMass Amherst and a co-author of the study.

They also discovered a wide difference in the emotional and behavioral responses of anglers and guides. While the anglers were more likely than the guides to feel a sense of awe or even excitement when witnessing shark depredation, guides, who tended to experience depredation more frequently, were far more likely to feel anger, distress and sadness. Perhaps even more importantly, the surveyed guides were overwhelmingly more likely to respond to depredation by harvesting sharks in the hopes of reducing their numbers, and so protecting the fishstocks they target.

Though the solution to protecting both sharks and the experiences, and livelihoods, of the recreational fishing community isn't straightforward, Casselberry notes that any answer has to take the human dimension into consideration: "The management community needs to work proactively with anglers and guides to help them appreciate why we need sharks in our coastal waters, and to work with them to design management strategies that address their concerns."