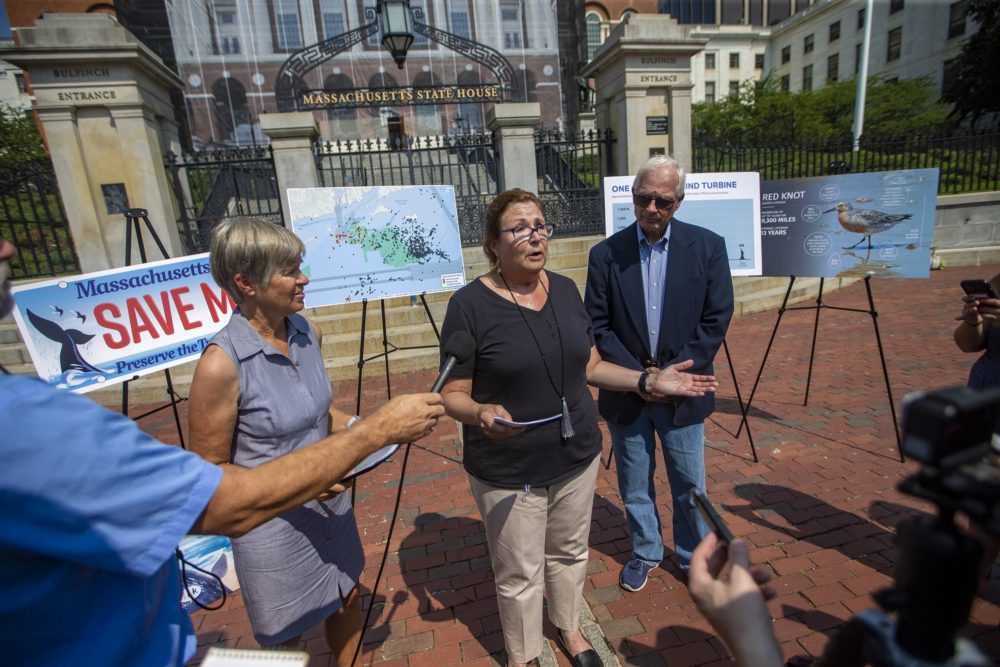 Vallorie Oliver, director of Nantucket Residents Against Turbines, speaks during a press conference in front of the State House Wednesday.

A group of Nantucket residents filed a federal lawsuit Wednesday to block the construction of dozens of wind turbines off the coast of Massachusetts.

Mary Chalke, an island resident and member of the group, said the lawsuit against the U.S. Bureau of Ocean Energy Management and other federal agencies isn't just about Vineyard Wind, but the consequences of greenlighting other turbine projects also in the pipeline.

“We all want renewable energy,” she said after the group filed the suit in Boston federal court. “This represents the transformation and industrialization of a pristine natural environment."