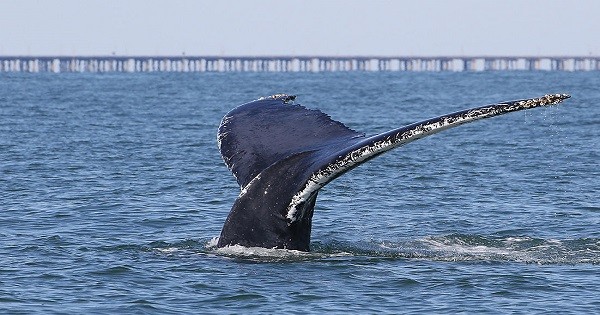 He was known by a number in life. In death, he became a statistic.

Attracted by a relative abundance of fish, growing numbers of humpback whales spend the winter in the waters where the Chesapeake Bay empties into the Atlantic Ocean. No. 166675 was one of them.

Researchers tracked the young male with a satellite tag for 10 days in January 2017 as he dodged huge vessels in one of the busiest shipping lanes on the East Coast. The next month, the whale’s body washed ashore on Virginia Beach. A necropsy confirmed the scientists’ fears: He had been struck by a large ship.

After six years of monitoring humpbacks’ movements in the Hampton Roads region, the team conducting the Navy-funded study has published its first peer-reviewed paper. It shows that many more humpbacks are at risk from ship strikes and suggests that authorities may need to take more actions to protect them.

Between December 2015 and February 2017, researchers tagged and followed 35 humpbacks at the mouth of the Bay. Their study, published in the journal Frontiers in Marine Science in March, reveals that those whales typically spent more than a quarter of their time inside one of the region’s busy shipping channels.

The researchers didn’t estimate how many whales were directly killed after colliding with ship hulls or propellers. But one of the study’s authors said it demonstrates that ships and the whales are often trying to share the same narrow sea corridors — with potentially deadly consequences for the large mammals.

“They tend to be relatively slow and spend time at the surface, and they tend to congregate where big ships are trying to pass through,” said Joel Bell, a Norfolk-based senior marine resources specialist with the Naval Facilities Engineering Command. Ship strikes, he added, “are just an unfortunate consequence.”