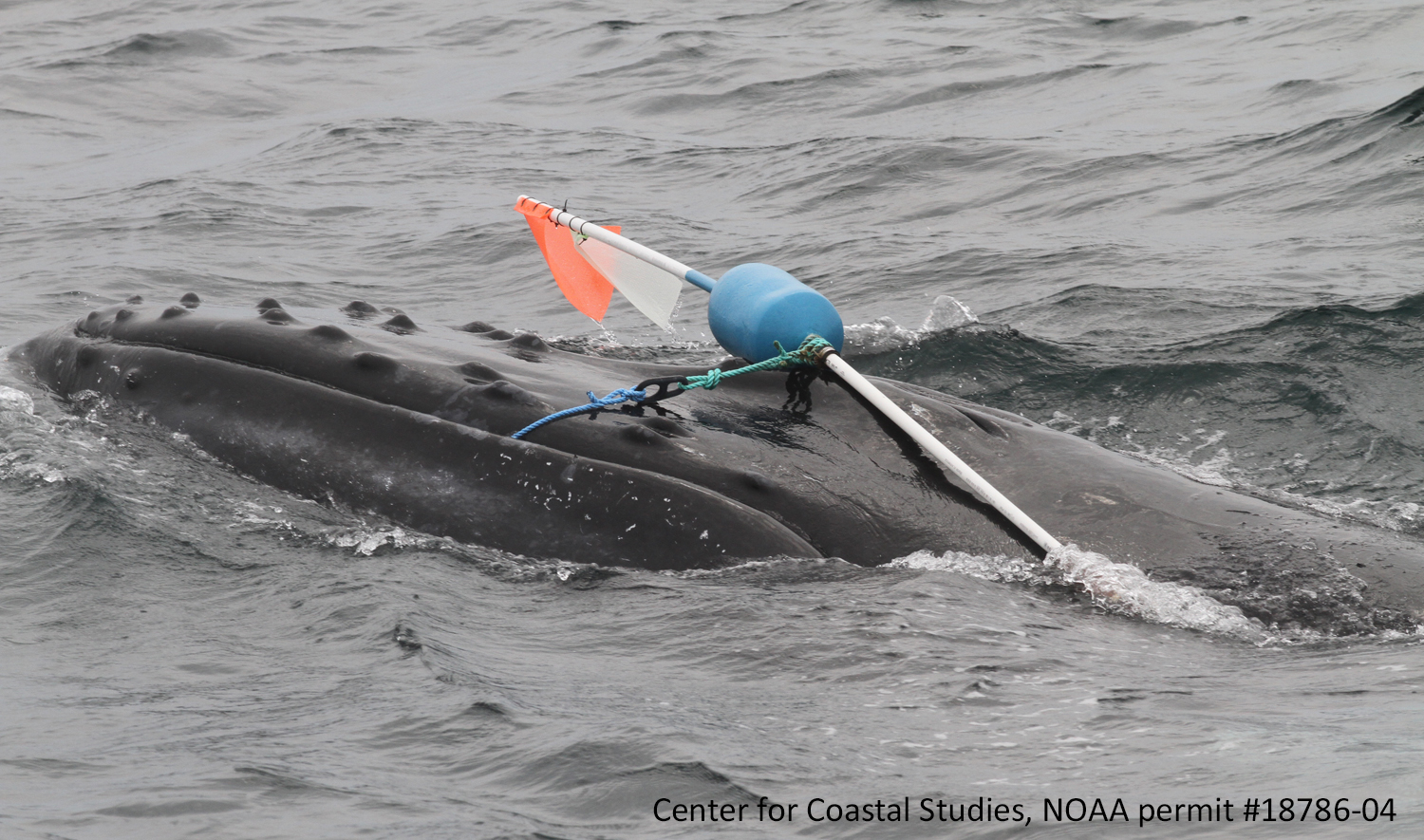 Staff from the Center for Coastal Studies (CCS) Marine Animal Entanglement Response (MAER) team disentangled a humpback whale 15 miles east of Cape Cod yesterday. This is the second time the young whale, identified as the 2015 calf of Jabiru, has been disentangled by the team in less than a year.

Recreational boaters aboard the vessel Miss Bridget found the whale with fishing buoys on its head and rope entering its mouth. They immediately contacted the US Coast Guard who then called the report into the CCS emergency hotline. The boaters stayed with the whale until the MAER team arrived on the scene.

The responders determined that the whale had bitten down on a buoy line attached to fishing gear on the seafloor, likely while feeding, and was now towing the heavy fishing gear below it. The whale was notably distressed, likely indicating that it had been recently entangled.

The team used a specialized cutting grapple, thrown from its response vessel, Ibis, to cut the buoys away from its mouth. Once this was accomplished the whale sped off and any remaining gear should be shed as the whale resumes feeding.

This was the first whale disentanglement operation since the start of the pandemic. "I think the entire team has a new appreciation of some of the challenges our first responders have faced” said Scott Landry, Director of the CCS MAER team. “Disentangling a whale in rough sea conditions is hard. Doing so with full PPE added a new challenge especially since clear visibility and communication are key to our safety. But the whole team was up to the challenge and is committed to keeping our community, and whales, safe.”

The Center is grateful to the crew of the Miss Bridget of Freedom Offshore Adventures and the US Coast Guard for their help with this case.
Boaters are urged to report any entanglement sightings of whales, sea-turtles or other marine animals to the MAER team (1-800-900-3622) or the US Coast Guard on VHF 16, and to stand by the animal at a safe distance until trained responders arrive.

All disentanglement activities are conducted under a federal permit authorized by NOAA.