Northeast
Storm clouds form over Fenway Park following the first game of a baseball doubleheader between the Boston Red Sox and the Baltimore Orioles May 28, in Boston. Michael Dwyer/AP Photo 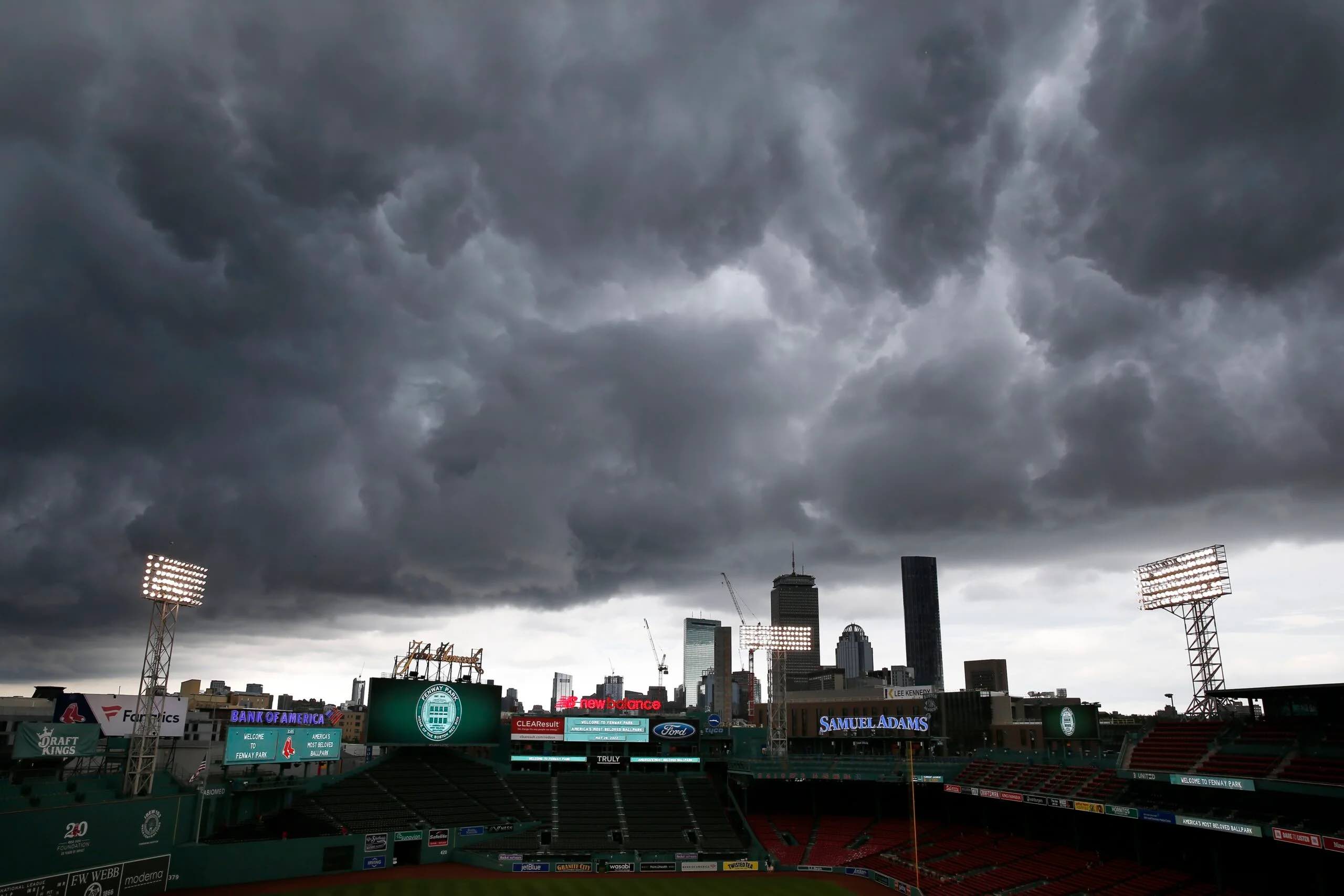 MA - Here’s how climate change will impact the Boston area, according to a new report

“We’ve already done a hell of a lot of damage, and this report emphasizes the need to get to net-zero emissions.”

In the coming decades, the Boston area is likely to see more intense storms, more hot days, and rising sea levels, a new report from scientists at the University of Massachusetts Boston found.

Specifically, by the end of the century under the worst circumstances, the area in and around Boston could see almost 10 degrees of temperature increase as compared to 2000, coupled with the potential for more than 10 feet of sea rise.

The report explores the impacts of climate change on 101 municipalities in the Boston area, and was published by the Greater Boston Research Advisory Group. Diving into a number of topics, including storms and precipitation, temperature changes, and sea level rise, the report echoes the results of other recent climate change reports, such as studies from the United Nations’ Intergovernmental Panel on Climate Change and the National Oceanic Atmospheric Administration, according to the Boston Globe.

Instead of looking at the world as a whole, however, this report focuses on what will happen to one specific region if climate change is not staunched.

“To think we’ve caused this much change in our climate is astounding,” Paul Kirshen, a professor of climate adaptation at UMass-Boston, and an author of the report, told the Globe. “We’ve already done a hell of a lot of damage, and this report emphasizes the need to get to net-zero emissions.”

So just what could happen to Boston if global emissions don’t fall substantially?

If emissions stay in the highest scenario, the region’s predicted number of days with temperatures over 90 degrees Fahrenheit could rise to as many as 80 days a year, up from eight to 10 from the baseline years (1986-2015). If global emissions fall substantially, the overall increase in temperature could be held to just 3 degrees by 2100, and only on average about 20 days over 90 degrees a year.

The United Nations estimates global emissions are on track to increase by 14%by the end of the decade, so more hot days may be in the future for Massachusetts residents.

Such a large increase in number of hot days poses risks to public health, the study found. Boston’s heat-induced mortality rate will likely increase in coming decades — as much as tripling by 2050. These effects will likely hit marginalized communities the hardest, including those living in urban heat islands — with the report specifically highlighting East Boston, Lower Roxbury, Somerville, and Chelsea/Everett.