Northeast
Brewster purchased the Sea Camp property for $20 million last November, along with the camps’ 66-acre Long Pond property in Brewster for $6 million. 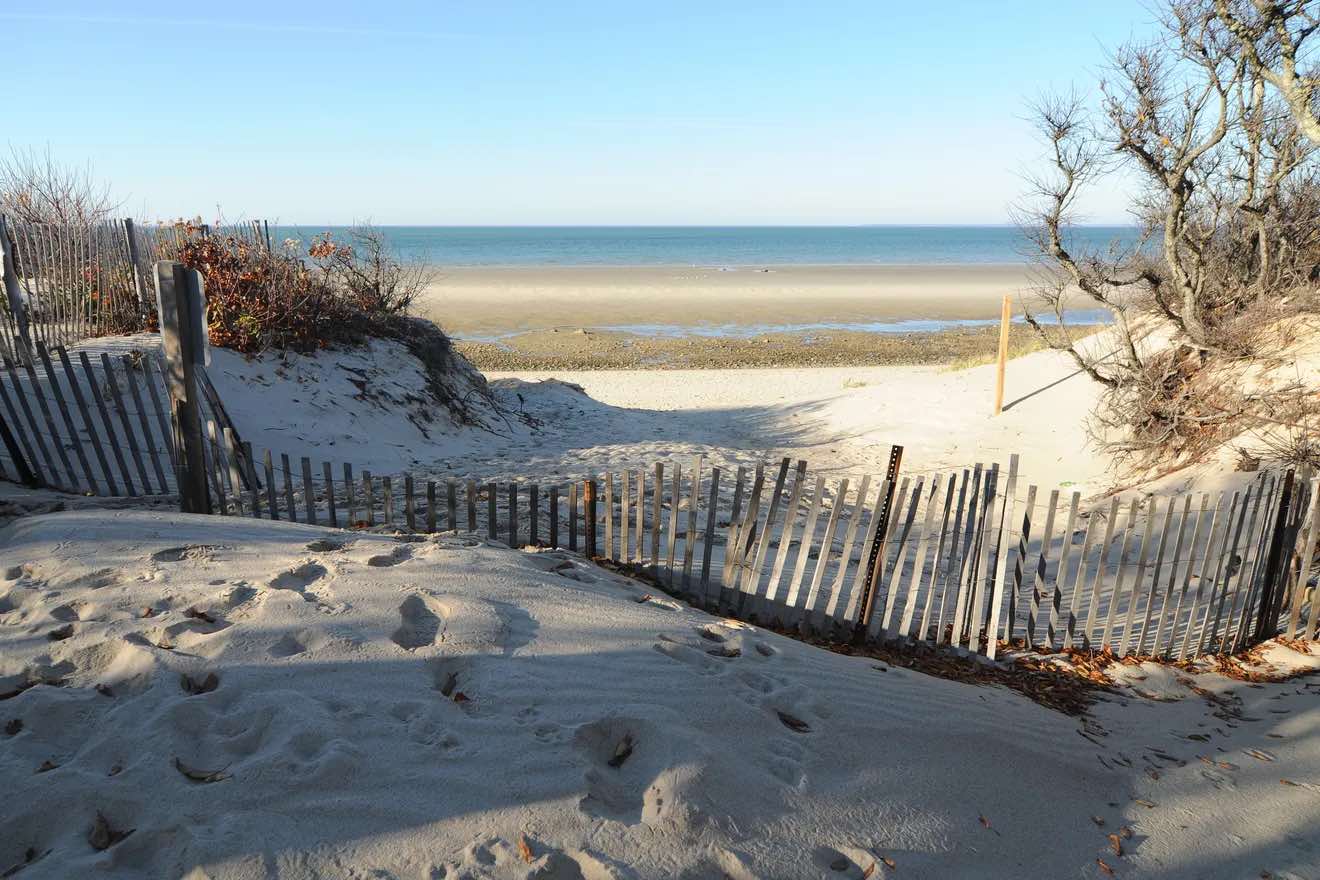 MA - Heard about the new public beach in Brewster? It will open this summer but for residents only

Brewster is using $150,000 in recently awarded America Rescue Plan Act funds to cover the costs of construction and opening up the beach. Lombardi said the Bay Property Planning Committee will be making recommendations on access, parking and recreational opportunities at the beach and the rest of the property. The 50-car lot may be temporary.

First Light Beach will open to the public right around July 1.

Do you mean First Encounter Beach, in Eastham?

In total, there are more than 100 public beaches on Cape Cod.

This one, though, will be in Brewster.

The Brewster Select Board selected the name from a list of four finalists Monday night to name the town beach at the 55-acre Cape Cod Sea Camps property on Route 6A.

Brewster purchased that property for $20 million last November, along with the camps’ 66-acre Long Pond property in Brewster for $6 million.

The other names suggested were Wono, Sea Camps and Wild Acres.

“I think First Light Beach is the best choice,” Select Board member Mary Chaffee said. “Sea Camps is the name associated with the beach at least since the 1970s. In comparison, the Wampanoags lived here for 12,000 years. Wampanoag translated into English means People of the First Light.”

Sea Camps was the most popular submission by the public. The property was called Camp Wono after the Delahanty family opened a girls camp there in 1939 linked to the boys Camp Monomoy on the Long Pond property. The camps were merged in the 1970s to become the Sea Camps.

Wono was the name of a sachem who sold the property to Thomas Prence in 1653. When the McQuillen family owned what was then a private estate in the early 1900s, they called it Wild Acres before selling to the Delahanty family in 1922.

“Sea Camps will be kind of like a nickname. That’s going to happen,” Select Board member Kari Hoffmann said. “In the big picture we should recognize all the Native people were here well before us.”