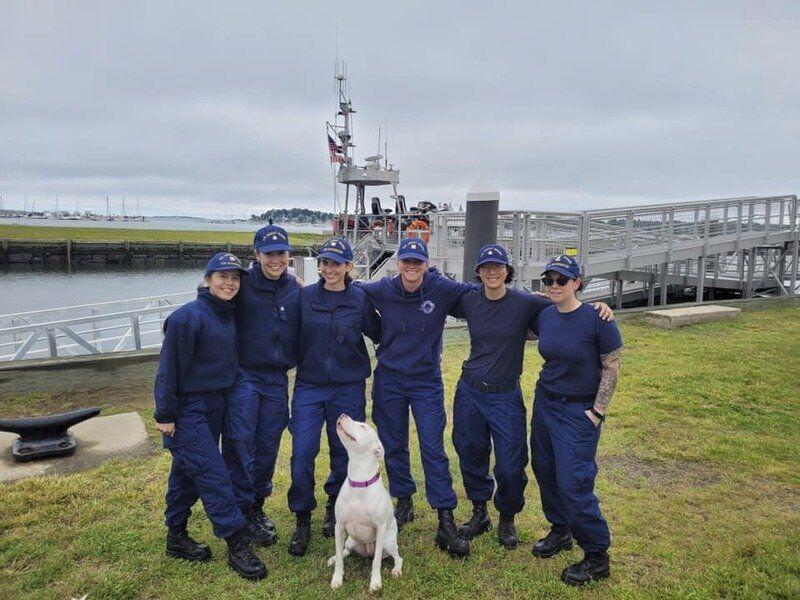 We here at FishOn always have an ear to the rails and our peepers peeled to any rustling in the treeline. It's not paranoia exactly. More like a hobby.

But every now and then something just sneaks up on us. Take history as an example. History can be the sneakiest of them all. Just when you least expect it, you're party to something that might, probably, you know, never have happened before. And that can be a life moment.

And so it was last week, when Coast Guard Station Gloucester dispatched one of its 47-foot life saving boats with a full female crew.

The station, which blasted out the news via its Facebook page, said it is believed to be the maiden voyage at Station Gloucester of the all-maiden voyage.

The pictures show six beaming Coasties who happen to be female. There's also a dog in one of the photos, but its gender is unknown. Our investigative desk is on it.

Should they all be celebrated? That's up to the beholder. We here at FishOn, who actually love space travel, couldn't give two farthings for a space race between two billionaires. Let us know when CATA's offering it, with the senior discount.

But this? With the importance of this job, with the dangers inherent in the selflessness of military service? This is to be celebrated.

What makes it so special is not only that it was an all-female crew. Probably no one who watched the boat slice through Gloucester Harbor that day could chart their gender.

What makes it special is that it was a full crew of young women serving their country and their community; women, like their male colleagues, who accept the responsibilities of the gig and are up to the task.

And thus do these things become the norm. FishOn huzzahs all around.