Northeast
Spray soars as a big wave hits the seawall in the Ocean Bluff section of Marshfield during a Jan. 2016 storm. Greg Derr / The Patriot Ledger 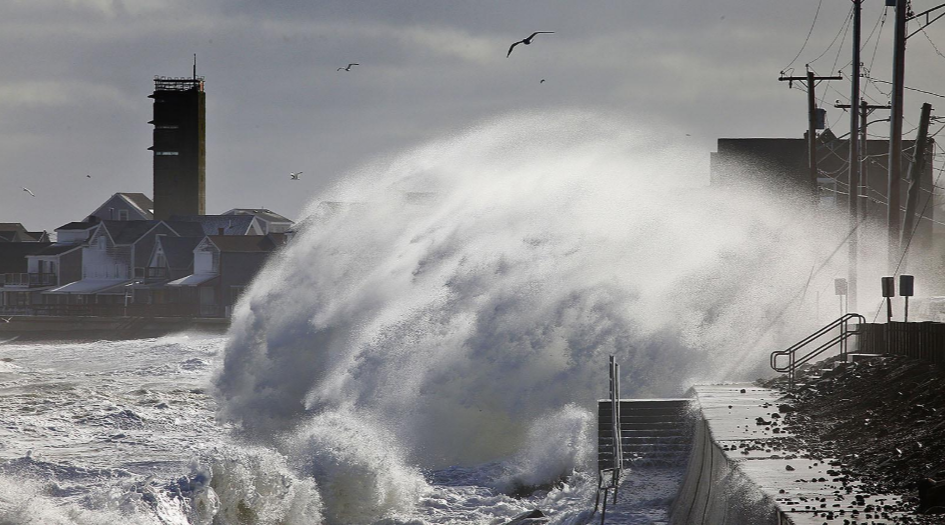 QUINCY — When Shane Davis bought his home on Martensen Street in Quincy in 2006, his insurance broker told him not to worry about flood insurance.

“I consulted with my insurance agent, who I’ve had for 25 years, and he reviewed it and said I don’t have to get flood insurance here,” Davis said. He looked at the maps himself and was satisfied at the low risk.

Water pools a few inches deep on the street and gets worse when the storm drains clog, but he said he has never had a serious problem with flooding.

But Davis said he is rethinking flood insurance because a new nationwide flood model suggests his house could be at risk, even though it is not included in the most current flood maps created by the Federal Emergency Management Agency, or FEMA, as part of the National Flood Insurance Program.

First Street Foundation is giving the public free access to the property-specific data through a website called Flood Factor.

The new, nationwide flood modeling tool suggests that the federal government has underestimated the risk of damaging flooding for thousands of properties in Norfolk County, while overpredicting the risk for Plymouth County.

Experts who created the modeling tool say federal regulators have failed to predict and prepare for potentially devastating flooding in inland communities, while instead focusing on the coast with historical data that often doesn’t incorporate environmental changes.

“Our mission is to quantify and communicate what the flood risk is, and for people to understand that the environment is changing,” said Jeremy Porter, First Street’s director of research and development. “This isn’t something that is going to happen in 2100. It’s been happening for 10, 15, 20 years.”