Northeast
Phase 2 of the plan includes reinforcing sand dunes in the area to protect against overwash, erosion, and sea level rise.Ray Ewing 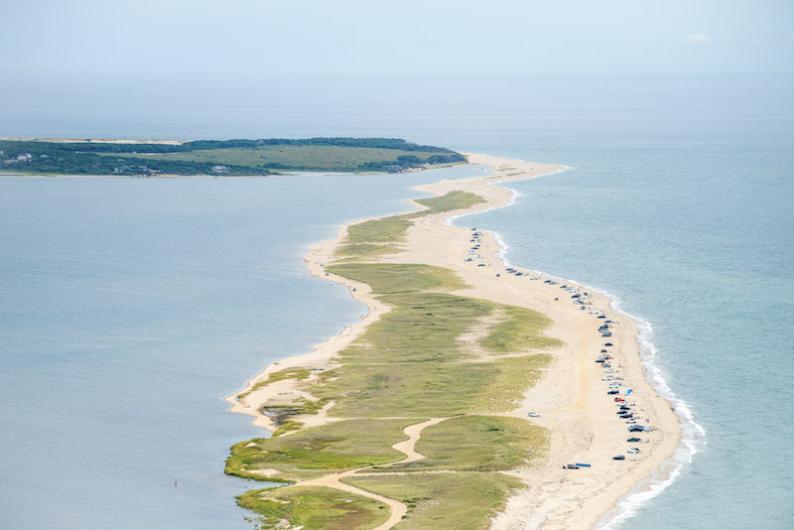 A project to fortify and restore the sand dunes at Norton Point Beach is now at risk as the Trustees of Reservations pull out of managing the two-mile shorefront and Edgartown prepares to take over.

At an Edgartown select board meeting on Tuesday, town officials criticized the Trustees for a letter sent to Sen. Julian Cyr and Rep. Dylan Fernandes that warned that the organization’s impending contract end date of March 30 would not give the Trustees enough time to implement Phase II of a beach nourishment plan.

The next phase, which was set to begin this month, includes reinforcing sand dunes in the area to protect against overwash, erosion, and sea level rise, concerns that have become particularly salient in the last couple weeks after a Christmas eve windstorm opened a breach in the shoreline connecting Edgartown and Chappaquiddick.

The organization had received $100,000 in federal ARPA funds to execute Phase II. Should the Trustees pull out of the project, the funds would either have to be returned to the government or the town would have to file to transfer them to its parks department.

In the letter, Trustees senior director of government relations Linda Orel expressed surprise that the town had sought to take ownership of the beach after the Trustees had stewarded over the property for nearly two decades.

“The Trustees has made significant capital investments at the beach,” Ms. Orel wrote. “We successfully nourished and restored the dunes and plantings through Phase I of our Norton Point restoration project, enhancing the climate resiliency of this critical coastal resource…We are proud of our work to preserve, protect and restore this iconic coastal system for tens of thousands of visitors to use and enjoy each year.”

But conservation agent Jane Varkonda took umbrage at the letter at Tuesday’s select board meeting. Although Ms. Orel had sent the letter on Dec. 16, the Trustees did not arrange a meeting with the town to discuss the plan until Dec. 28, she said.

“TTOR has failed to take into account that this beach restoration project is still critical,” she said.

Ms. Varkonda went on to say that the Trustees had not adequately communicated the status of Phase II to the town and had taken undue credit for the success of Phase I in their communication with the lawmakers.

“I find her assumption that this was a TTOR initiative failed to recognize the work Edgartown put in,” Ms. Varkonda said, adding that the Trustees had only contributed 20 per cent of the overall investment.

“It’s putting the town in a precarious position,” town administrator James Hagerty said at the meeting. “If it’s not done by March, it might not get done period.”

Selectman Arthur Smadbeck moved to let the parks department look into taking over the funds.

“Leaving Edgartown in the lurch after all these years we’ve had…it’s more than unpleasant let’s put it that way,” he said.