Northeast
Trucked-in sand from Katama dredge spoils will be used to rebuild a 14-foot-high dune at South Beach. Tim Johnson 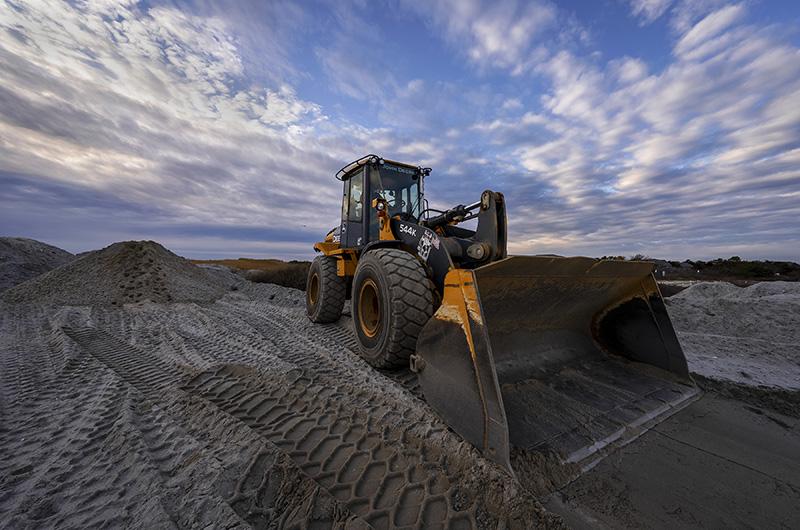 A major dune restoration project is well under way at Norton Point and South Beach in Edgartown, with tons of trucked-in sand being used to rebuild the badly eroded beachfront.

The project is a joint effort between the town, which owns South Beach, and the Trustees of Reservations, who manage the barrier beach at Norton Point for the county.

The project will restore some 400 feet of coastal dune. The town did a similar dune restoration last year at the right fork.

A series of heavy storms in 2018 accelerated the erosion process at South Beach. Since then, minor storms caused ocean water to topple the dunes that formed a natural buffer at the beach, leaving abutting roads and infrastructure vulnerable. The refurbished dunes will provide a layer of protection from ocean overwash, beach managers said.

“It’s amazing how high this dune is compared to the natural dune. If you look to the west down along South Beach, this dune is substantially wider and so should provide more protection from the high seas and the high tides,” said Paul Morrison, the stewardship manager for the Trustees.

“You’ve got the creek there [Mattakeesett Creek], you’ve got a bridge there . . . in the summer, that’s a really busy place,” he also said. “So to keep that running well and to be sure the access is kept up and that the street doesn’t get washed out is really important to the area.”

Edgartown conservation agent Jane Varkonda said the collaboration came about naturally. “We were planning on doing a small dune rebuilding project there anyway, but we all figured . . . that portion of Norton Point, if it washed over it would block the Herring Creek, [so] we decided we’d all go in on this together,” she said.

In addition to rebuilding the dune, the beach bathhouses will be relocated about 50 feet landward. The oversansd vehicle entrance track as well as 4,600 square feet of asphalt near the bathhouses were removed to make space for the dune. Native plantings will be planted later to stabilize the sand. And a boardwalk will be installed for beach access, according to Ms. Varkonda.

A coastal resilience grant from the Massachusetts office of coastal zone management provided $240,674 for the project. The Trustees and Edgartown provided matching funds for the remainder, according to Edgartown town administrator James Hagerty.

The sand is coming from dredge spoils from when the town recently dredged a channel in Katama Bay.