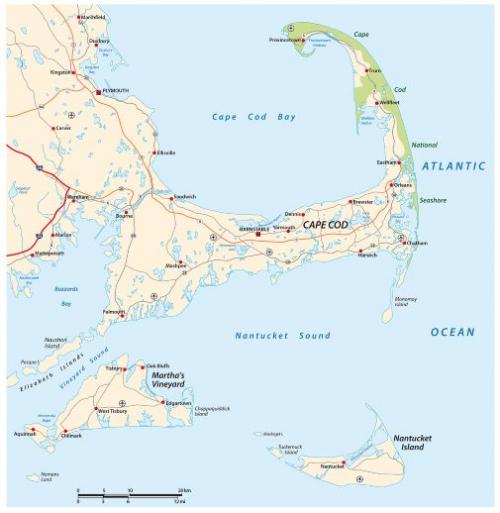 On December 5, nearly 400 Cape residents showed up, in person and via Zoom, at a Department of Environmental Protection (DEP) public hearing at Barnstable Town Hall.

The subject was DEP’s astonishing proposal to require every home and business owner with a Title 5 onsite septic system on Cape Cod, the islands and the South Coast to excavate their backyards and install a very expensive and demonstrably ineffective innovative/alternative nitrogen removing (I/A) system within five years.

Reams of additional testimony were submitted by town select boards, boards of health, health agents, town managers, environmental organizations and many other concerned citizens—so much that the deadline for submissions was extended to January 30, and two additional hearing dates were scheduled.

A bit of history:

Ever since 2010, Conservation Law Foundation, an environmental advocacy group that advances its objectives through litigation, has pursued its self-assigned goal of making Cape Cod’s tens of thousands of onsite septic systems be regulated as point sources of groundwater pollution.

Until now, Conservation Law Foundation has not had much luck. In 2011, it brought suit against the federal Environmental Protection Agency in federal court, saying under the Clean Water Act EPA should be required to regulate all septic systems. When the case was finally heard in 2013, it was immediately (and embarrassingly) dismissed, for lack of standing.

When the case was later refiled, most of Conservation Law Foundation’s demands were again dismissed.

Nitrogen pollution is driving Cape Cod’s waters to the brink of ecological disaster. After years of fighting to make the Environmental Protection Agency step up and take action, in 2015 we celebrated a clean water milestone, but the real work of saving the Cape’s bays has just begun.

The solution to the Cape’s pollution problem is well known: Fix the region’s septic and wastewater treatment systems, now.

Prompted by CLF’s 2011 lawsuit against EPA over its inaction to address the issue, in 2015, the Cape Cod Commission revised the region’s waste management plan. This plan outlines the legally required actions the Cape’s 15 towns must take to literally clean up their act.

But so far, progress implementing the plan has been slow and fragmented. Towns need to move faster and work better together to solve this urgent pollution problem.

CLF is also calling on the region’s biggest polluters – its tourist resorts – to do their part. We have filed suit against the Wequassett Resort and Golf Club and Wychmere Beach Club over their individual pollution. These large resorts can set an example for other corporate polluters by cleaning up their wastewater pollution now.

Conservation Law Foundation next sued the Wychmere Beach Club and Wequassett Resort and Golf Club, two private Cape resorts with deep pockets. Faced with the expensive prospect of a federal court trial, both ultimately settled, agreeing to upgrade and monitor their wastewater treatment, and also “to contribute financially toward environmental projects implemented by the Association to Protect Cape Cod.”

Conservation Law Foundation’s next lawsuits were against Willowbend County Club in Mashpee and the Town of Barnstable. The Barnstable case, arguing that secondary treated effluent from the town’s wastewater facility should be under federal regulation, was dismissed by a federal district court judge in 2021.

Finally, Conservation Law Foundation figured out that its claims for federal jurisdiction of onsite septic systems were not winning, and it changed tactics: in 2021 it filed in Massachusetts Superior Court against Barnstable, Mashpee and the DEP, arguing that nitrogen is a pollutant to coastal ponds, current Title 5 onsite wastewater treatment systems do not remove sufficient nitrogen, and therefore additional nitrogen removal systems (I/A’s) must be mandated by DEP.

With the attorney general representing DEP, Barnstable and Mashpee took a back seat. And what did the AG’s office do to contest Conservation Law Foundation’s allegations? Based on court records, nothing. No answer to the complaint was ever filed, no depositions were taken, no witnesses were identified, no evidence was sought, and the case was never even scheduled for trial. Instead, only settlement discussions with Conservation Law Foundation took place.