Northeast
File photo/ the Conservation Law Foundation is pushing the U.S. Commerce Department and NOAA's National Marine Fisheries Service to ban commercial and recreational Atlantic cod fishing until the populations are "out of crisis." 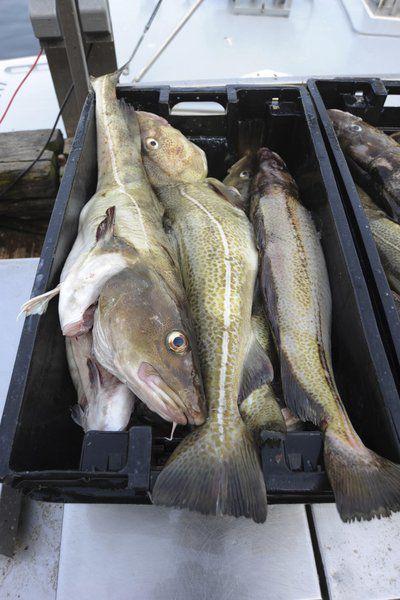 The Conservation Law Foundation on Thursday urged NOAA Fisheries to implement emergency measures to ban all recreational and commercial fishing for Atlantic cod and institute contingencies for large area closures until the beleaguered fishery is rebuilt.

In a formal petition delivered Thursday to the Greater Atlantic Regional Fisheries Office in Gloucester and the Washington office of Commerce Secretary Wilbur Ross, the CLF said cod stocks in the Gulf of Maine and on Georges Bank remain overfished and with overfishing still occurring. It laid the blame directly at the feet of NOAA Fisheries and the New England Fishery Management Council.

"According to the most recent stock assessment, not only are both Atlantic cod stocks — Gulf of Maine cod and Georges Bank cod — overfished with overfishing still occurring, but the current scientific understanding reveals that they have been subject to overfishing for decades and all attempts to rebuild the stocks as required by law have failed," CLF said in its petition. "The best scientific information available shows that GOM cod has been subject to overfishing since 1982 and overfished in all but two years. Georges Bank cod fares no better."

The CLF petition also seeks 100% at-sea monitoring aboard all commercial groundfish trips. It said the prohibition on directed commercial and recreational fishing for Atlantic cod would include large area closures once the groundfish fleet hit its cod bycatch limit.