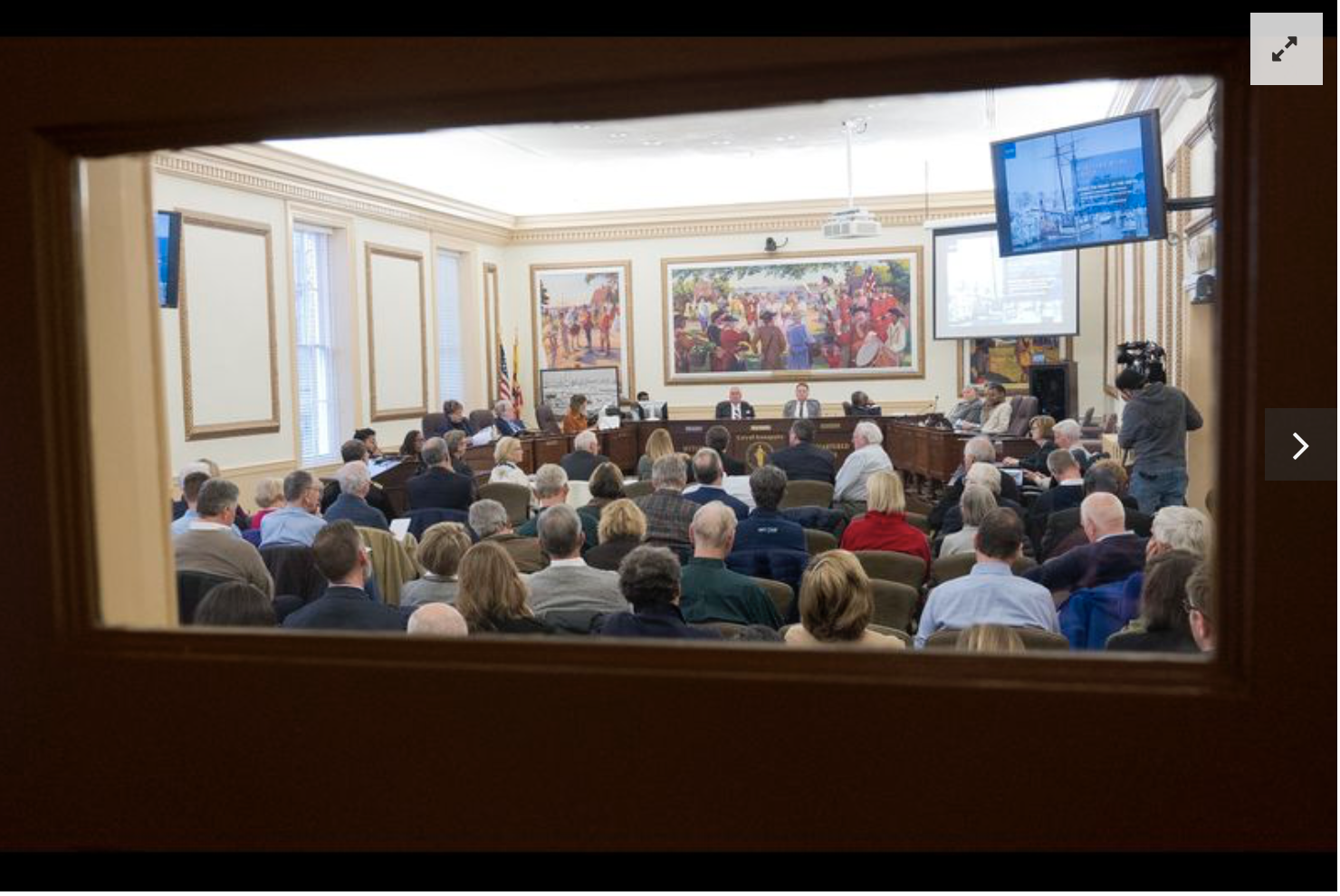 The City Dock Action Committee presented its final report Tuesday to the Annapolis City Council, offering new details on a project that would remake the downtown area and how supporters plan to pay the estimated $50 million price tag.

The 122-page report — the final work of nearly 100 committee members — lays out the four-year plan to rebuild Hillman Garage, redevelop City Dock and install resiliency barriers. It suggests a host of funding streams such as federal and state emergency money, grants, private funding, among others.

A major portion of the report addressed short, intermediate and long-term effects of climate change in waterfront Annapolis, coastal flooding and sea-level rise. The plan calls for a variety of resiliency barriers that connect to the Naval Academy’s flood system at the end of Prince George Street and stretch around the harbor to Newman Street.

Former county budget officer John Hammond, head of the committee’s financing subgroup an a former alderman, helped craft some of the financial estimates in the report. The report suggests the entire project could range from $25-$50 million, depending on final costs.

The numbers in the report, are just that — numbers, and are subject to change, Hammond said.