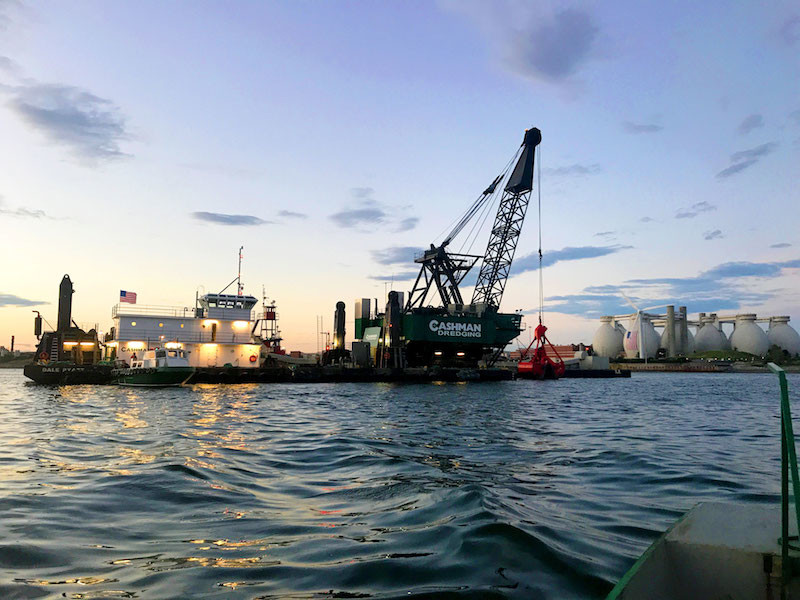 Using a relay to connect the SGS to the programmable logic controller, the scow must be positioned within the predefined area, the geofence, for it to split open and dispose the material.