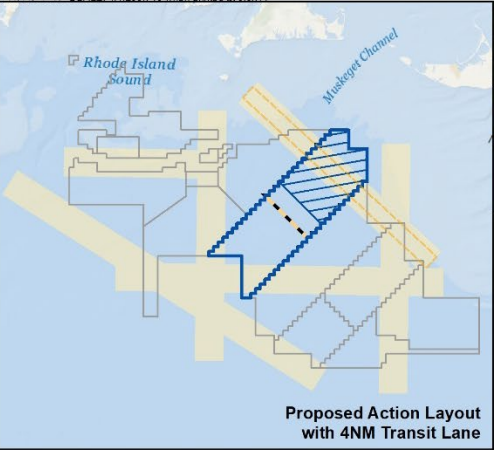 The Bureau of Ocean Energy Management on Wednesday announced it is resuming preparation of a final environmental impact statement on the Vineyard Wind offshore energy project, reversing a move to end the permitting process in the final weeks of the Trump administration.

Vineyard Wind official submitted a Jan. 22 letter to BOEM asking to restart the process, and in a March 3 Federal Register notice the agency said it is moving ahead.

The planned 800-megawatt project off southern Massachusetts was awaiting a final record of decision on a draft EIS when the developers withdrew their construction and operations plan Dec. 1, 2020, saying they needed to “conduct additional technical and logistical reviews” to modify the plan for using larger, more powerful GE Haliade-X turbines.

BOEM came back with a Dec. 16 Register notice that because of Vineyard Wind’s withdrawal it was terminating the environmental impact study. The agency and its parent Department of Interior said the developers would need to start the permitting process over if they wanted to proceed.

Additionally, the department’s top lawyer at the time issued a legal memorandum arguing that Interior officials were under obligation not to approve any ocean industrial development that would impede fishermen’s ability to work in those areas.

Fishing advocates saw that as a major victory in their effort to get the industry a bigger say in BOEM’s wind energy siting and permitting processes. But with the Biden administration strongly committed to developing more renewable energy, the tide is running the opposite way, to the dismay of those advocates.