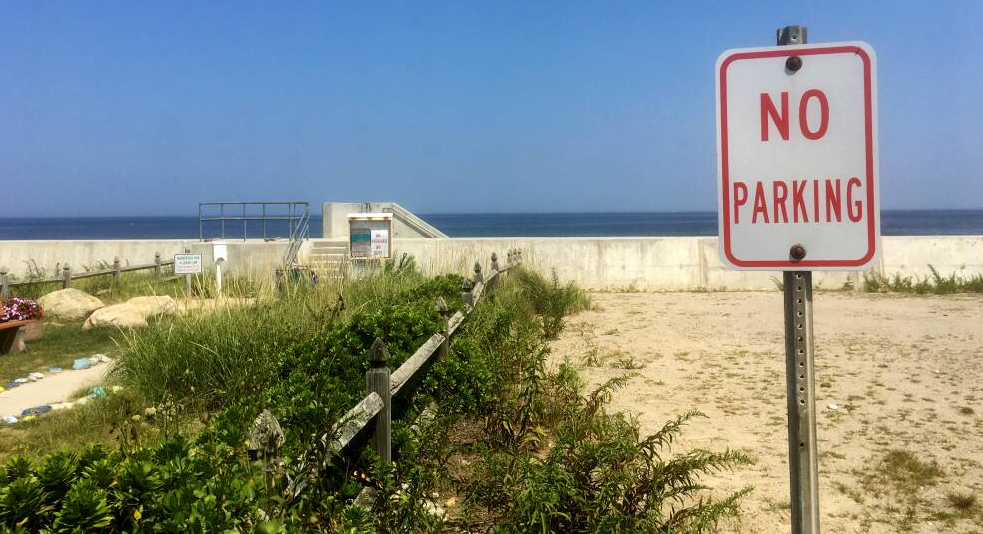 MA - Barriers at the Beach: State law and town rules keep most of Mass. shoreline off-limits

It’s called the Bay State. It has roughly 1,400 miles of coastline and a world-famous tourist magnet called “the Cape and Islands.”

It’s called the Bay State. It has roughly 1,400 miles of coastline and a world-famous tourist magnet called “the Cape and Islands.”

Massachusetts should be a beach lover’s paradise, but access to the state’s shores is deeply uneven. Entry to most beaches is dependent on personal wealth, your home zip code and a shrinking allotment of “visitor” parking spaces clustered far from the water and a system of parking restrictions aimed at out-of-towners.

Just 12% of the state’s beaches are open to all members of the public, according to a coastal land inventory done by the state more than 30 years ago — the last estimate the state ever attempted, when the state had about 1 million fewer residents. That small percentage of public beaches often draw crowds so big on sunny days that parking lots fill to capacity, turning away carloads of disappointed travelers and people trying to seek ocean relief from hot temperatures as climate change has steadily increased the number of summer days that reach high temperatures over 90 degrees.

Beach access is also — perhaps unsurprisingly — an issue of racial inequity. The state’s urban beaches are free and easily accessible, but some of the beaches located in more racially and ethnically diverse communities such as Boston, Lynn and Quincy are also more prone to bacterial contamination that poses a health risk, sometimes forcing beach closures.

Now, three decades after state leaders sounded an alarm about the lack of public access to Massachusetts’ beaches, two state lawmakers are renewing the push to demand a bigger public foothold.

Given the rising demands for beach access and dwindling supply as many Massachusetts beaches are simply getting smaller through erosion and sea level rise, state Rep. Dylan Fernandes and Sen. Julian Cyr from the Cape and Islands are reviving an old battle cry to dismantle the state law dating back to the Colonial era that allows private ownership of beachfront property all the way down to the low-tide line.

“It is just a fundamental human right that no individual should own the ocean or the sand beneath its waves,” state Rep. Dylan Fernandes said in April, standing on a bluff over a Woods Hole beach. “I've gotten emails and phone calls from people all over the state just giving us horror stories of getting screamed at, chased with shovels and golf clubs, berated just for touching a little piece of private beach in the intertidal zone. And people are fed up with that.”

Under the state law, the only activities a private owner must allow in the “intertidal zone” — a strip of sand between the low and high tide lines — are fishing, fowling and navigation. Fernandes and Cyr’s bill, filed last year, would add a single and radical word to that list: recreation.

Allowing unfettered recreational access to the intertidal zone would create a seismic shift along Massachusetts’ strands, but the proposal is fraught with contention and would likely be subject to legal challenges from private beach owners demanding state compensation for devaluing their property.

Maine, Delaware and Virginia are the only other ocean-facing states in the U.S. that allow private ownership all the way to the low tide line. Maine’s highest court declared similar legislation in 1989 an unconstitutional taking of private property.

Fernandes and Cyr are far from the first Massachusetts politicians to wade into this controversy over beach access. After getting chased off a private beach in the early 1970s, the powerful former Senate President William Bulger tried and failed to undo the restrictive state law. The Massachusetts Supreme Judicial Court signaled in 1974 it would rule against legislation infringing on the property rights of private beach owners.