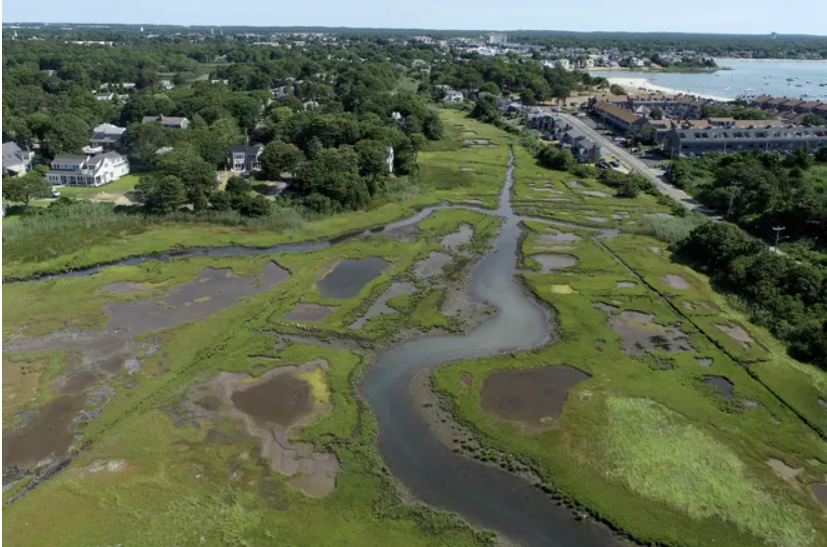 A lawsuit alleging the town of Barnstable violated the Clean Water Act and is polluting Lewis Bay was dismissed by a U.S. District Court judge last week.

The facility is the largest wastewater treatment center in the town, treating about 1.67 million gallons of wastewater per day from 2,900 properties in Hyannis. The wastewater is brought to the facility via about 55 miles of sewer that collects flows from 2,300 acres.

Wastewater is treated at the facility and released into the sandy soil beneath and around the building.

The town of Barnstable is committed to preserving the environmental health of the waters of Cape Cod, Town Manager Mark Ells said in a statement.

"We are appreciative that the Judge recognized the Town’s efforts to protect those waters through the implementation of the Town’s Comprehensive Wastewater Management Plan to reduce nitrogen in the waters of the Town of Barnstable, including the Lewis Bay Watershed," Ells said.

The law foundation argued that the treated wastewater, still high in nitrogen, moves quickly through the sand beds of the facility and eventually makes its way to the Lewis Bay Watershed System, which includes Lewis Bay, Hyannis Inner Harbor, Snows Creek, Stewarts Creek and Halls Creek, bringing the nitrogen along with it.

The buildup of nitrogen in combination with other nutrients in bodies of water can lead to algae blooms — such as cyanobacteria — that are harmful to the fish and plant life in contact with the waterways.