Northeast
Debris still litters Springhill Beach one week after a powerful storm wreaked havoc on homes along that stretch of coastline. JOHN PARADISE/ENTERPRISE 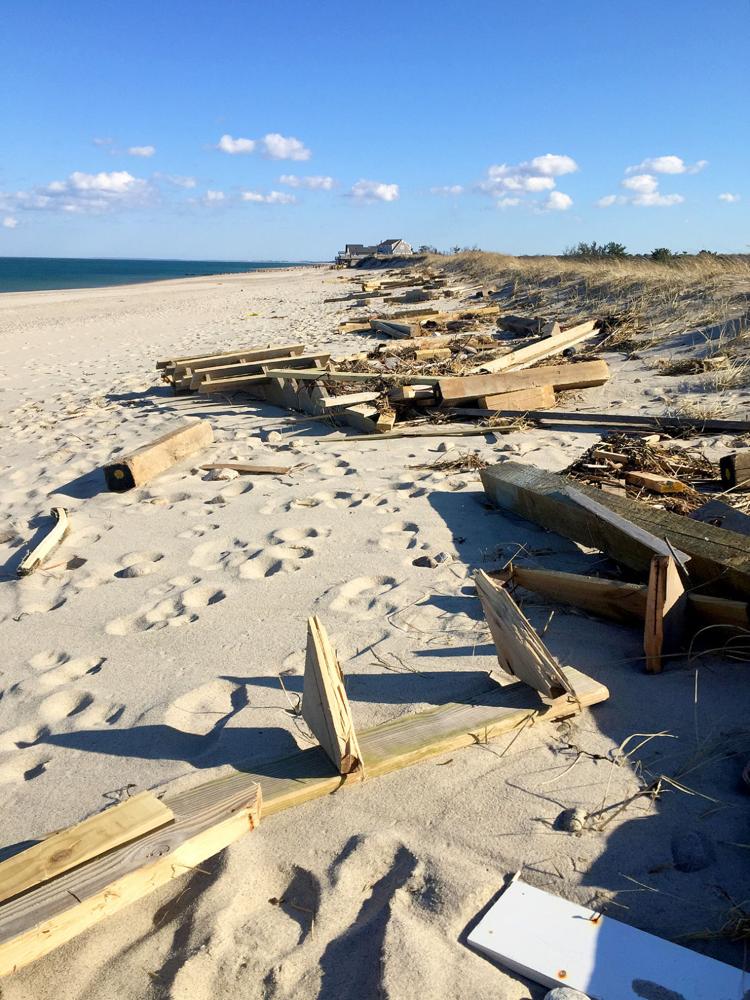 MA - Attacking The Erosion Problem At Its Root

We heard from a reader this week who was troubled about the ongoing erosion problem along our shoreline, not just in this town but also for others farther east along the Cape.

She said all the beach renourishment projects that the towns and private homeowners are undertaking is like “throwing money into the ocean.”

Well, she’s right. The sand we’ve used to bolster our beaches over the years has ended up in the ocean. It’s all washed away. But that’s not to say it hasn’t helped. It was sacrificial sand, so to speak. Let it get washed away instead of the remaining dune.

But then she suggested something radical. “Let’s get rid of the canal and the jetties altogether,” she said.

She said that way, sand can flow naturally without interruption eastward along the entire coastline and not get hung up at the jetties.

She admitted that the idea sounds crazy.

No, we said, it’s not a crazy idea. In fact, we told her, we suggested the same thing six years ago in an editorial.

It’s an idea that, while totally radical, is worth a look. And why not now? Before more money is spent to dump sand on the beach, before more than a billion dollars is spent to replace the canal bridges, before any more homes are washed away?

We’re all in agreement now that the jetties at the east entrance to the Cape Cod Canal are to blame for Sandwich’s lack of sand.

After years of denial, even the Army Corps of Engineers is now on board with the idea that the large stone structures they built in 1906 to keep sediment from filling in the Big Ditch are effectively starving Sandwich’s beaches, blocking the natural flow of this sand eastward from Plymouth’s White Cliffs to Town Neck Beach and beyond.

So why not attack the problem at its root—the jetties? Why not get rid of them? Pull out the rocks and let the sand flow.