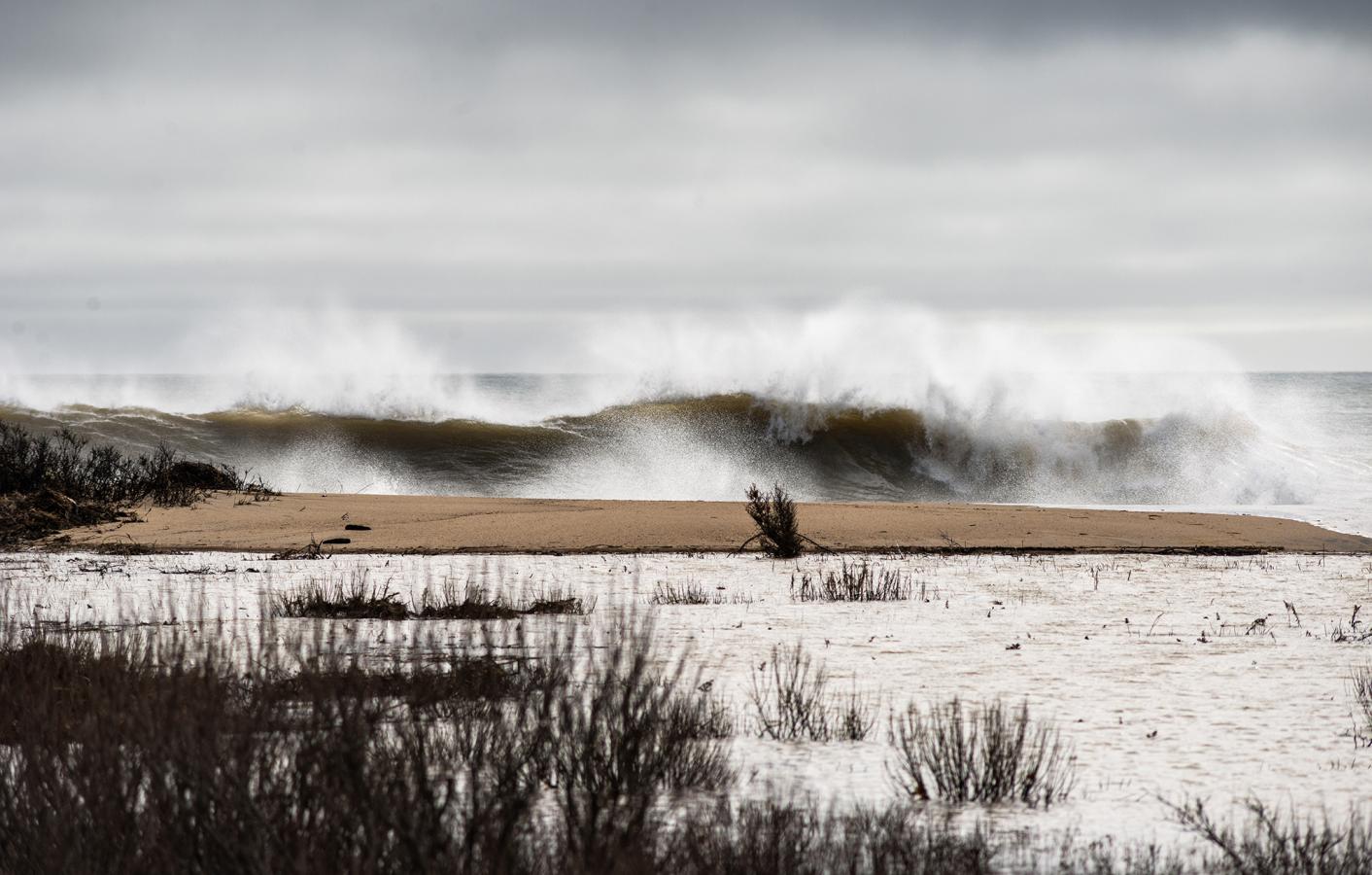 MA - As Winter Storms Accelerate, So Does Coastal Erosion

The Island coastline, representing approximately 124 miles of pristine barrier beaches, rocky shores and clay cliff faces, is the product of an ancient, hydrodynamic erosion process that has taken place over millennia.

The irony is that it can be destroyed in a second.

After a ferocious northeast winter storm this weekend, the fragility of that coastline — and the sheer, sublime power of the process — were on full display Monday, as high tides and storm surge turned Edgartown’s Right Fork parking lot at South Beach into a pond, barrier beaches became part of the bay and hundreds of feet of sand, silt and sediment shore disappeared into the ocean.

Erosion on the Island’s coastline — a process as old and familiar as the Island itself — has accelerated to a point of critical concern this winter, battering South Beach, flattening dunes in Katama, wiping away trails on Norton Point, flooding key intersections and roadways and crumbling cliffs at Lucy Vincent and Squibnocket that have withstood the changing sands of time for 10,000 years.

Known scientifically as the littoral process, the geologic erosion of coastlines and movement of sand is a natural phenomenon that has affected coastal communities up and down the Atlantic seaboard, particularly as sea levels rise, land sinks and development creeps closer and closer to the shore.