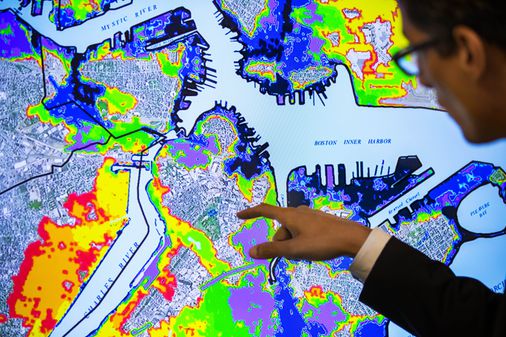 Devastated by multiple nor’easters that have shut down Logan Airport, flooded Boston’s downtown and Seaport District, and inundated Boston Harbor neighborhoods from Hull to Winthrop, it’s clear the entire Boston Harbor coastal region is dangerously vulnerable to increasingly frequent and more destructive extreme storm events due to the climate crisis.

To preserve the Boston Metropolitan region as New England’s economic engine and hub of cultural and social diversity, we must act now to protect the 15 cities and towns that are linked to Boston Harbor from future storm-surge flooding. The flood protection choices of two cities, New Bedford and New York, represent divergent public policy decisions that can inform and guide coastal resiliency options for the Boston Harbor metro region.

Eight years after Hurricane Sandy caused 44 deaths and $19 billion in damages in New York, the city has chosen to reject a regional sea gate system and to rely solely on a 15-to-20-foot-high land-based combined sea-level-rise and storm-surge barrier. As a result, New York has not built a single linear foot of storm-surge land-based protection, leaving its business districts and residential neighborhoods as vulnerable now as they were when Sandy devastated the city. In fact, the only city-developed project that has completed design and is scheduled for construction is a 2.4-mile park on the East River of the city’s more that 500 miles of coastline.