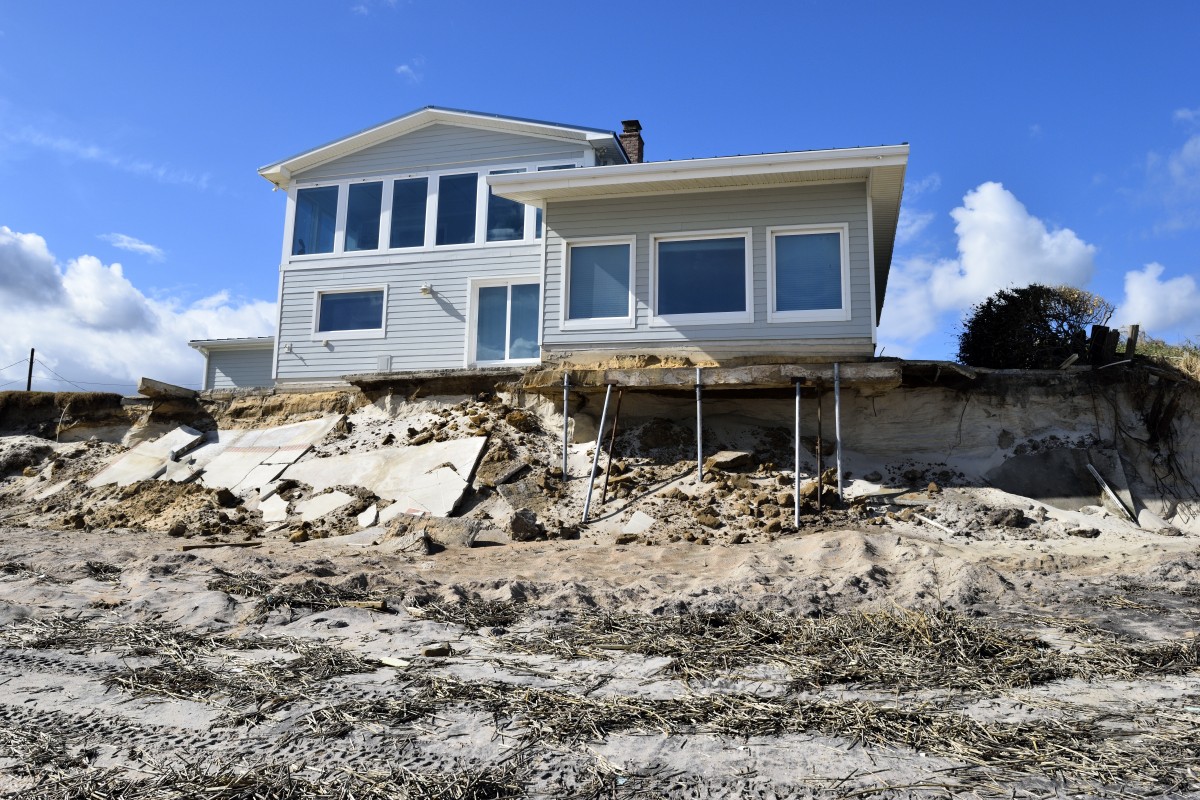 Gordon Peabody likes to say that his company, Safe Harbor, uses the power of the wind and waves to rebuild natural shoreline protections like beaches and dunes.

One technique involves placing thousands of slats in random patterns on a beach mimicking stalks of beach grass. In theory, they slow down wave velocity causing the sand it carries to settle out and bulk up a beach instead of destroying it.

If there's one trend Peabody has noticed in over 30 years of work, it's the raw power he thinks climate change has injected into storms. It's what he saw at Ballston Beach in Truro in 2013. A megastorm, one of several big powerful winter storms that have besieged the Cape in recent years, developed off the coast as arctic air collided with a warm southern air mass. The storm spun hammered the coastline with hurricane-force winds, breaching an offshore sandbar and overrunning a coastal dune.

That breach led to the loss of about one-third of the Ballston Beach parking lot and imperiled adjacent homes by severely eroding the coastal bank underneath them.

"That's an example of climate change. Bigger storms, with a storm surge loading up inside a sandbar causing a blowout and a big rip channel," Peabody said.

After a big storm like that, people such as Eastham Natural Resources Director Shana Brogan see homeowners coming to them demanding the protection only stone can give. About one-quarter of Eastham's shoreline is now armored with fortress-like stone walls known as revetments. But while these walls do the job of protecting property, they wreak havoc with the natural defenses of beaches and sandbars that rely on sand supplied by eroding dunes and coastal banks.