Northeast
The logbook of the whaling vessel Marcella out of New Bedford at the Providence Public Library, which owns one of the largest collections of whaling logbooks in the country. (Jesse Costa/WBUR) 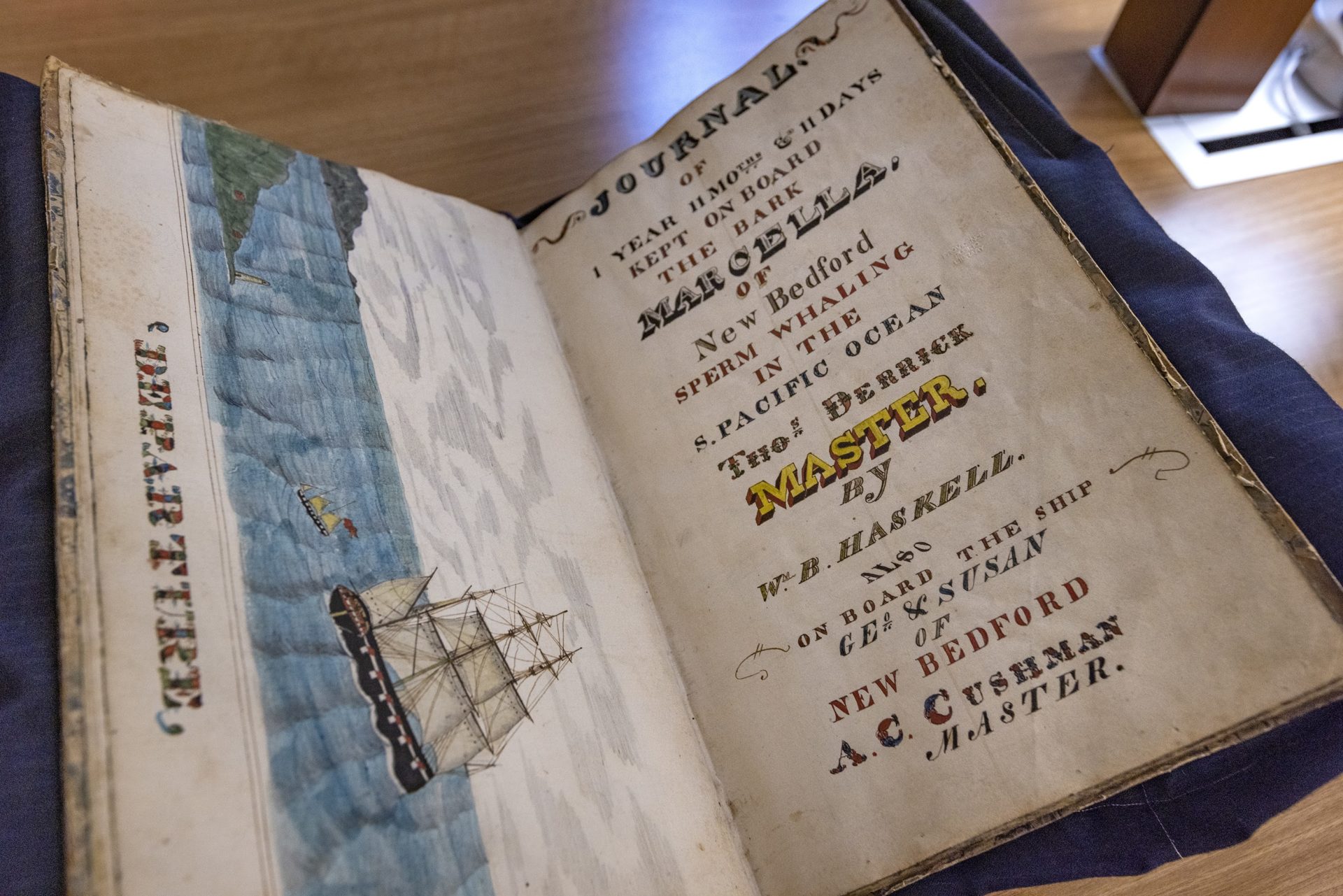 Tucked away in the New Bedford Whaling Museum is a room full of records. It holds manuscripts, manifests, banking records and crew accounts from New England’s storied whaling industry.

It also contains the largest collection of whaling logbooks in the world. Logbooks were a legal record of each voyage, in which first mates documented whale sightings, other ships and the occasional fight on board.

But mostly, they recorded the weather.

“So it’s latitude and longitude,” said Timothy Walker, history professor at the University of Massachusetts Dartmouth, “wind speed, wind direction, any changes in the wind direction, precipitation, cloud cover, sea state, and if they’re in the vicinity of any land, what the landmark is."

Walker is part of a team using those records to fill in gaps in modern climate science. The goal is to compare historic wind patterns with wind patterns today, especially in the Indian and Southern oceans. Researchers are trying to get a clearer picture of just how much climate change is affecting the region.

“Whaling ships followed the whales, and so they [went] into some of the most inaccessible and least visited parts of the oceans,” said Walker. “Consequently, they’re recording data that doesn’t exist anywhere else. It’s the only place we can get this data going back to the middle of the 18th and 19th centuries.”

The New England whaling industry developed around Nantucket in the early 1700s. It faded during the American Revolution and then bounced back stronger in the 1800s. In that golden age of whaling, New Bedford grew into the industry’s capital.

From New Bedford and other port cities, whaling ships crisscrossed the globe, sailing far beyond traditional merchant and naval routes. These ships frequently traveled south across the Atlantic and around the Cape of Good Hope at the tip of Africa; there they caught the prevailing westerly winds in the Indian Ocean, which brought them through the Southern Ocean and into the Pacific.

“It was a hard life, a dirty life. Their vessels were inundated with whale oil,” said Walker. “It was a situation where young men would try it for the adventure and then they’d had enough.”

The records of those adventures form the basis of the research project Walker is conducting with Caroline Ummenhofer, an oceanographer at the Woods Hole Oceanographic Institution. The logbooks establish a long-term baseline for weather patterns.