Gulf of Mexico
The frequency of low-oxygen 'dead zone' conditions along the Louisiana coast from 1985 to 2014, according to measurements made by research cruises. NOAA has estimated that this year's low-oxygen area will be 6,700 square miles, when measured in late July. Nancy Rabalais and Eugene Turner, LSU 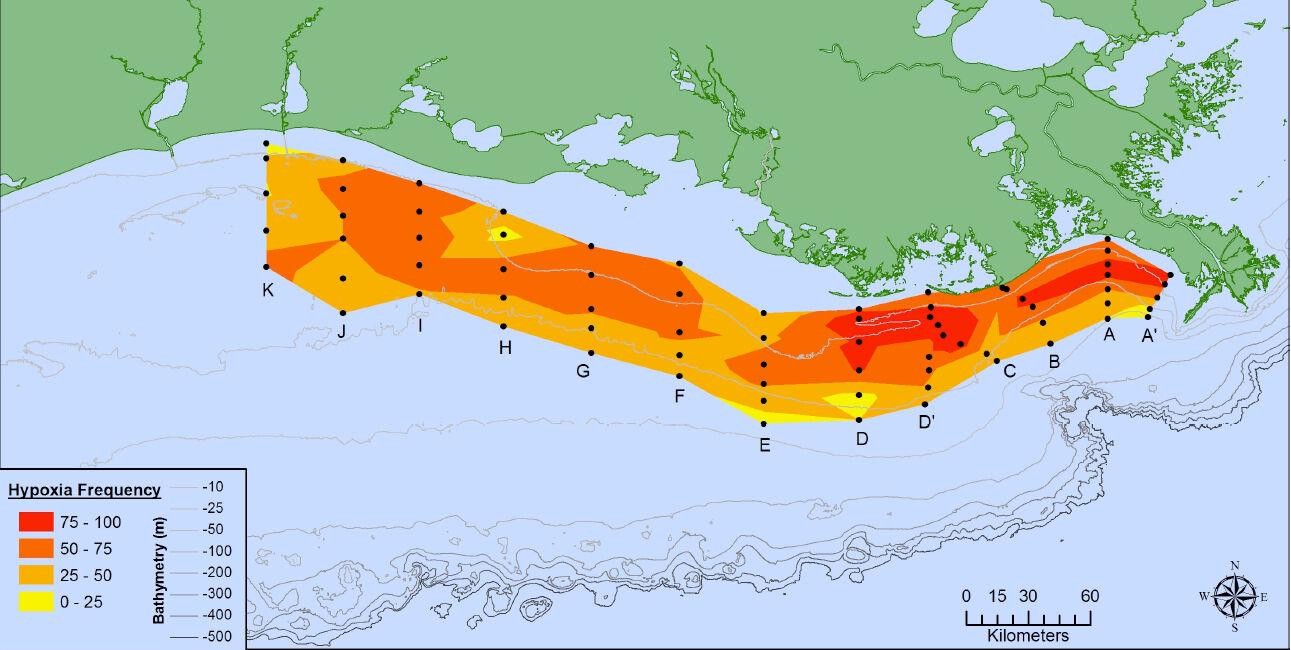 The summertime low-oxygen “dead zone” in the Gulf of Mexico is expected to cover at least 6,700 square miles along the Louisiana and eastern Texas coasts at the end of July, according to a federal forecast based on estimates developed by five research teams studying the effects of fertilizer and other nutrients on Gulf waters.

The estimates by the National Oceanic and Atmospheric Administration predict as few as 6,551 and as many as 7,889 square miles of Gulf ocean floor will have oxygen levels of 2 parts per million or less. The high-end estimate would cover an area larger than the state of New Hampshire.

That low-oxygen condition, called hypoxia, will kill bottom-living organisms, such as crabs, and force creatures that can escape, including many commercial fish species, into deeper water. Scientists have also found that such low levels of oxygen reduce some fish species' reproductive capability and can reduce the average size of shrimp.

LSU oceanography and coastal sciences professor Eugene Turner and marine science professor Nancy Rabalais, who make up one of the research teams, estimated the dead zone will be 7,769 square miles, four times larger than a long-standing governmental goal to shrink it to an average of 1,900 square miles.