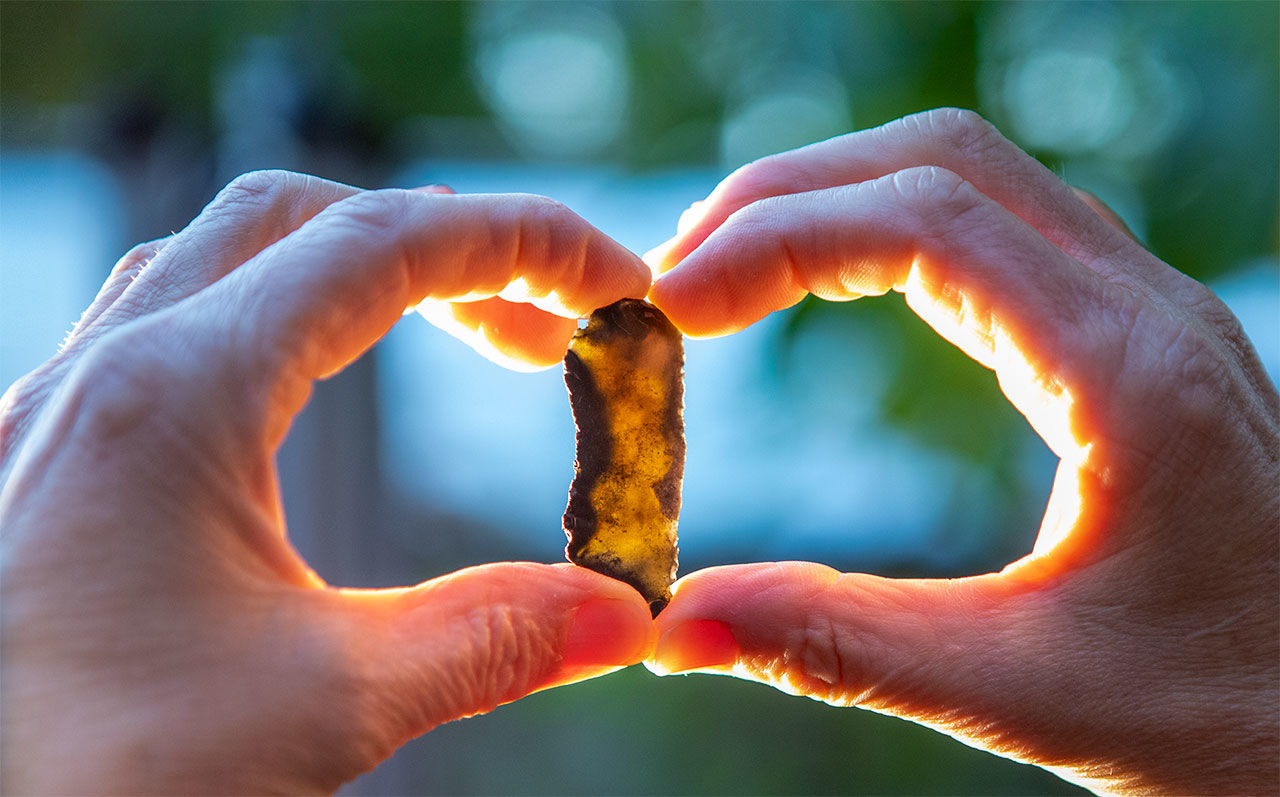 MONSTER, THE NETHERLANDS—On a clear, windy autumn afternoon last October, Willy van Wingerden spent a few free hours before work walking by the sea not far from the Dutch town of Monster. Here, in 2013, the cheerful nurse found her first woolly mammoth tooth. She has since plucked more than 500 ancient artifacts from the broad, windswept beach known as the Zandmotor, or “sand engine.”

She has found Neanderthal tools made of river cobbles, bone fishhooks, and human remains thousands of years old. Once, she plucked a tar-covered Neanderthal tool from the water’s edge, earning a co-author credit in the Proceedings of the National Academy of Sciences (PNAS) a few months ago.

Van Wingerden’s favorite beachcombing spot is no ordinary stretch of sand. Nearly half a kilometer wide, the beach is made of material dredged from the sea bottom 13 kilometers offshore and dumped on the existing beach in 2012. It’s a €70 million experimental coastal protection measure, its sands designed to spread over time to shield the Dutch coast from sea-level rise. And the endeavor has made 21 million cubic meters of Stone Age soil accessible to archaeologists.

That soil preserves traces of a lost world. During the last ice age, sea levels were 70 meters lower, and what is now the North Sea between Great Britain and the Netherlands was a rich lowland, home to modern humans, Neanderthals, and even earlier hominins. It all disappeared when glaciers melted and sea level rose about 8500 years ago.

That vast continental shelf has been a blank spot on the map of prehistoric Europe because archaeologists can’t mount traditional excavations underwater. Now, thanks to the Zandmotor and construction work on a harbor extension in nearby Rotterdam, van Wingerden and a dedicated cadre of amateur beachcombers are amassing an impressive collection of artifacts from that vanished landscape. Scientists on both sides of the North Sea are applying precise new methods to date the artifacts and sequence any genetic traces, as well as mapping the sea floor and analyzing sediment cores. The effort is bringing to light the landscape and prehistory of a lost homeland of ancient Europeans.