Great Lakes
Rodger Howell looks at erosion behind a protective seawall during a winter storm in Ogden Dunes, Indiana, on Feb. 13, 2020. The town filed a lawsuit against the U.S. Army Corps of Engineers and the National Park Service over permit interference issues. Howell, one of the plaintiffs, is the beach nourishment and protection committee chair for Ogden Dunes. (Zbigniew Bzdak / Chicago Tribune) 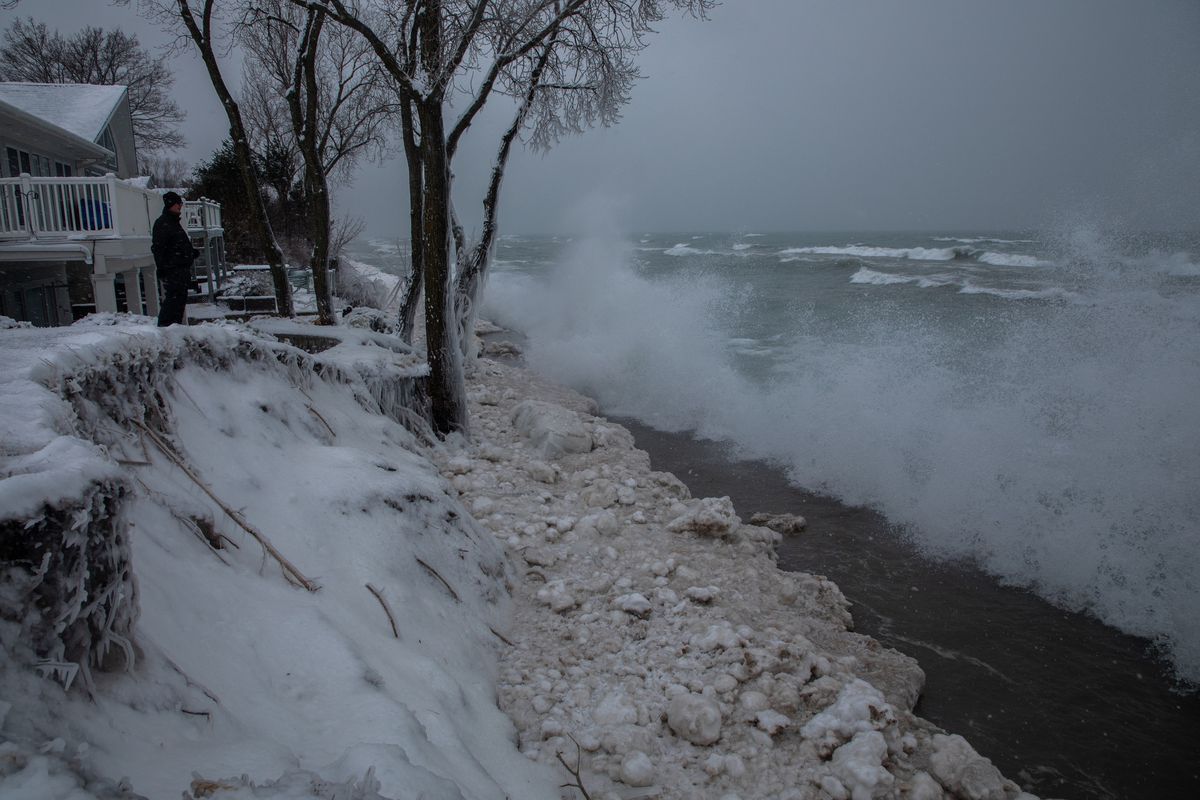 A proud Lake Michigan beach town battles erosion and one of the country’s newest national parks; ‘It really comes down to the survival of our town’

The sand stretched so far and burned so hot kids jumped from tiptoes to beach towels to cool their feet. When summer hit in Ogden Dunes, a small Indiana town whose identity was tied to a beach on Lake Michigan’s southern coast, technicolor umbrellas popped up. Residents relaxed.

“A lot of the people I’ve met go, oh, when I was a little kid I used to burn my feet trying to get down to the beach because it was so big,” said resident Rodger Howell. “And now you can dip ‘em right in the water.”

Now, erosion is chewing up parts of northwest Indiana’s shoreline. In Ogden Dunes alone, the beach is decimated; a sliver remains on the west end. The town along with neighboring communities including Beverly Shores, Long Beach and Portage have declared emergencies.

Harbors constructed decades ago disrupted the natural flow of sand. That, combined with near-record high lake levels, diminished ice cover, and major storms, has caused severe damage like that seen in Chicago and other Great Lakes coastal areas. In a town flanked by steel mills and one of the newest national parks — where ownership between the beach and water is split — stakeholders are at odds.