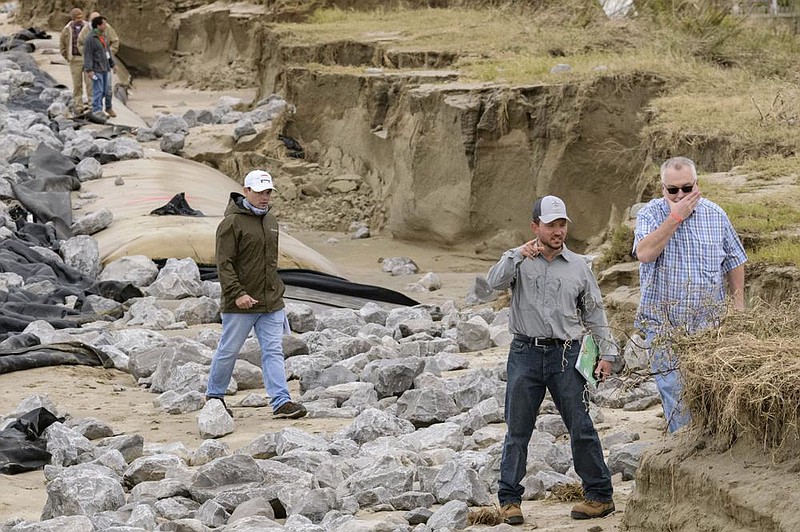 LA - Zeta's Toll on Louisiana Island 'Like a Bomb Was Dropped'

GRAND ISLE, La. -- Zeta's remnants moved off the northeastern U.S. coast Thursday night, but its effects were evident Friday through a swath of the Southeast.

From south Louisiana to Virginia, an estimated 1.3 million homes and businesses remained without power as of midday. Restoration, for many, was expected to take days.

Six deaths have been blamed on the storm. A man was electrocuted by a downed live wire in New Orleans. Four people died in Alabama and Georgia when trees fell on homes, authorities said, including two people who were pinned to their bed. In Biloxi, Miss., a man drowned when he was trapped in rising seawater.

Zeta came ashore on the southeast Louisiana coast, near Cocodrie, La., on Wednesday evening with 110 mph winds, just shy of Category 3 strength. It hit hard on Grand Isle, a popular waterside getaway and recreational fishing destination. With a population of about 1,500 people, the seaside landscape is dominated by rustic fishing camps and vacation homes on pilings high above the flood-prone ground.

Zeta lifted away roofs, snapped telephone polls and washed away parts of a levee designed to protect the narrow island from storm surge.

Mark Andolino remembers stinging rain and a howling wind that peeled the roof off part of his Cajun Tide Beach Resort on Grand Isle, the Louisiana barrier island town where residents were among the first to feel the ferocity of then-Hurricane Zeta.