Gulf of Mexico
via The National Weather Service 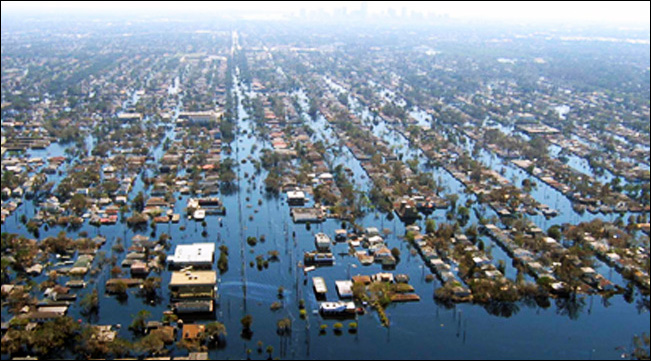 This is Zee’s first time having visited the city amid a tropical weather threat. While here, she also conducted an interview with Steve Cochran, associate vice president for coastal resilience of the Environmental Defense Fund, gaining information on restoration efforts mitigating surge threats.

Zee says flooding in New Orleans has been a problem since around 1718, when newly-arrived French settlers modified the land—and built the city’s first man-made levee system along the Mississippi River. After Hurricane Betsy hit in 1965, the city expanded the levees to the area around Lake Pontchartrain. The levee system has endured multiple restructuring efforts, one during the 1980s and another following Hurricane Katrina in 2005.

For the areas outside of the levee systems’ (carefully designed walls surrounding major waterways), threats are heightened. Unprotected areas, like Grand Isle or Venetian Isles, are always the first to call for mandatory evacuations.