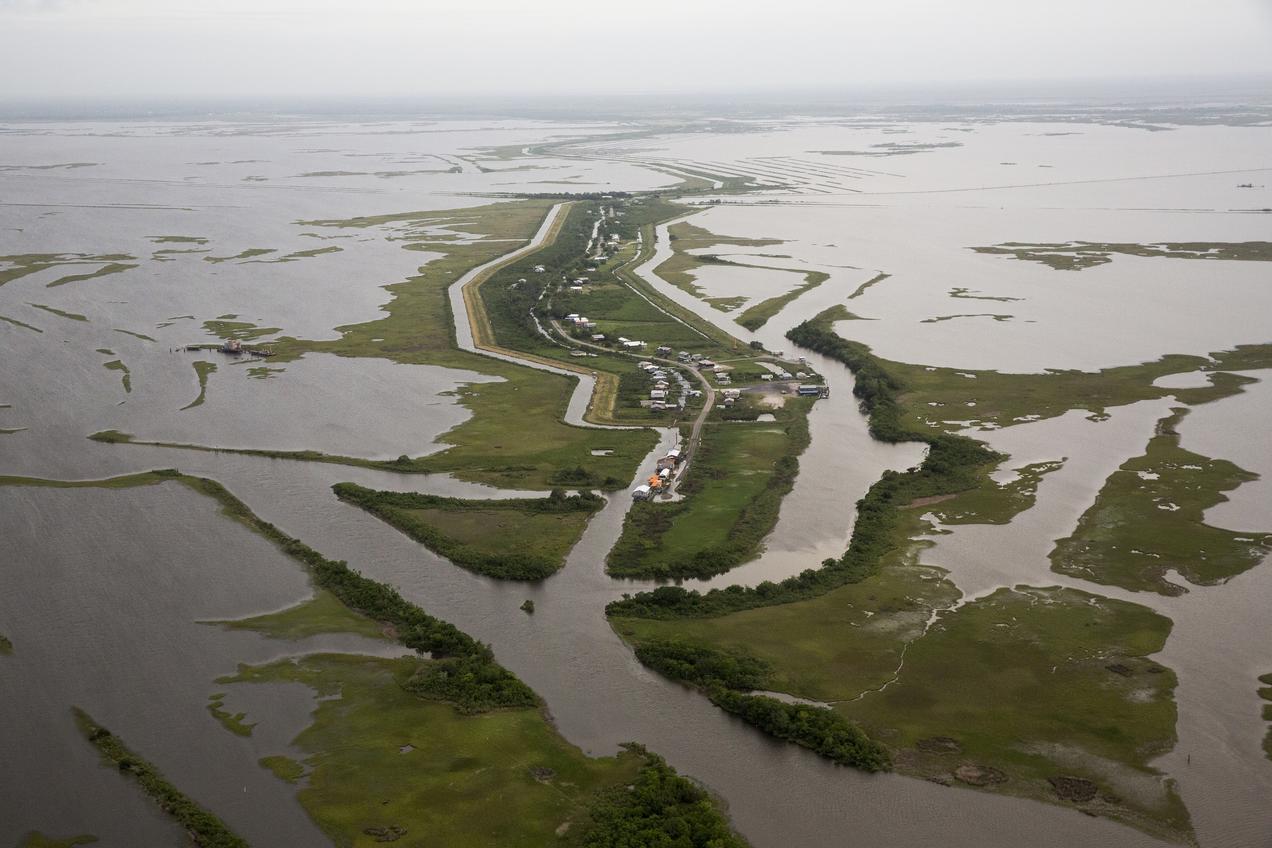 On an island shrinking from rising seas, Indigenous communities battle to save their historic land from coastal flooding.

As far as changes go since the last time you were down here, well, for one, I’m bald. But really the biggest change is that it looks like the relocation of the community of the Isle de Jean Charles will happen. Through HUD [the Department of Housing and Urban Development] and the Lowlander Center, Albert, our tribal chief, got $48 million set aside to help us move. As you know, Albert has been pushing for relocation for the last sixteen years. All the other times, the place they wanted us to go was unacceptable. Or else there was not enough money to really do all that much. But finally with this try here it looks like it’s going to work. With this grant we have more freedom and more choices, which is to our favor. The more choices you’ve got in any kind of change the better off you are.

The relocation project is going to be a community development. It’s going to be the rebirth of the community of the Isle de Jean Charles. But we don’t know where just yet. We already had two meetings with HUD, where they called the island people together at the Montegut gym. They wanted to find out what it is that we wanted. I am so glad they did that because surprisingly so many good ideas came out of those meetings. Some brought up: What kind of drainage are we going to have? Some brought up: What kind of playgrounds are we going to have? We even brought up the idea of a fishing pond because we want to have the same kind of life over there that we have here. Mostly we want to be as close as possible to the island and not in the city.

Over the years, with the hurricanes and the land loss and the flooding, many people have been displaced. It got to the point that if something wasn’t done then eventually there would be no Native community, no more people of the Isle de Jean Charles. Many of those that left, it looks like they’re going to be included too, and I think for them especially this relocation can do some good. The island is already a skeleton of its former self and that’s what’s happening inside the community as well. When we relocate to higher ground we will at least be able to hold on to each other. I mean if we can stay together, then we won’t have lost as much.

Read also 'Ida is not the end': Indigenous residents face the future on Louisiana's coast – photo essay  The Guardian