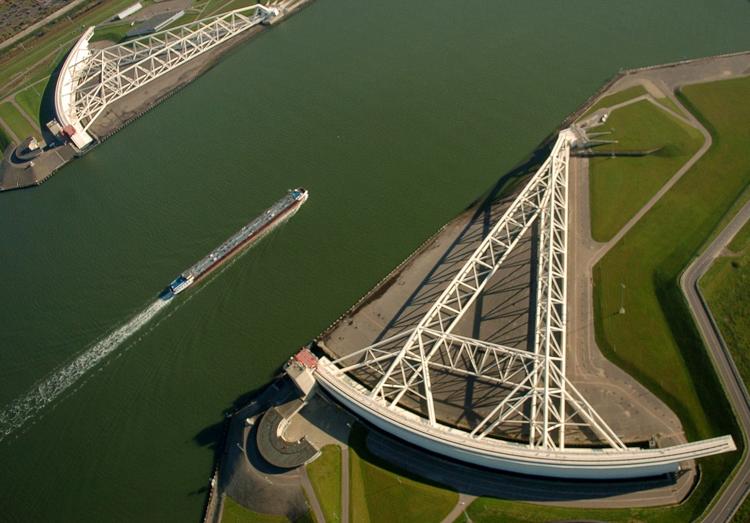 Viewed from one end, where a three-story hinge links to a massive steel lattice, the Maeslant storm surge barrier resembles three crane towers toppled across one another. From the opposite end, nearly 280 yards away, it’s an imposing white wall, like a drive-in movie screen stretched the length of 2½ football fields.

And that’s only half of it.

Taking in the view from a small hill — one of the highest points in this low-lying region of South Holland — the same enormous structure is repeated on the other side of a Rhine River shipping channel running from the North Sea to Rotterdam, Europe’s largest port.

The two arms of the Maeslant barrier — each the size of the Eiffel Tower — stand ready to swing shut and lock in the middle of the channel when the sea kicks up devastating waves.

That’s happened only twice since the $720 million structure was built 23 years ago. At that time, the barrier was the be-all, end-all of coastal defenses, a master stroke of engineering by a nation that had for more than a millennium sculpted its landscape to push back the sea and hem in its rivers. An old Dutch saying goes: “God created the Earth, but the Dutch created the Netherlands.”