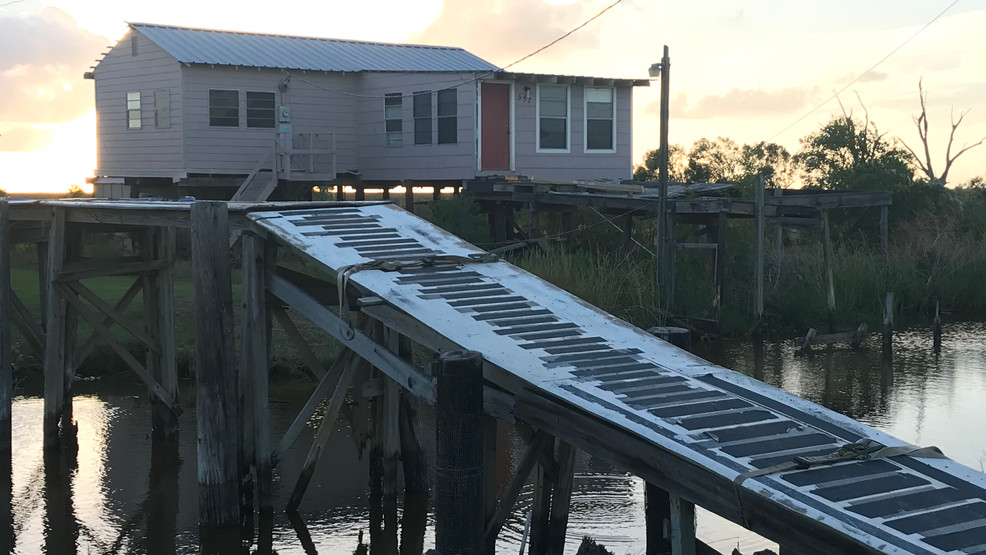 ISLE DE JEAN CHARLES, La. (SBG) —All across the US, land is slowly disappearing due to rising sea levels.

Experts believe thousands of American homes will be at risk of increased flooding in the coming decades, and the impacts stretch far beyond the coast. A disappearing island in Louisiana now serves as a wake-up call for other communities that could face the threat in the years to come.

Sunset on Isle de Jean Charles is a beautiful sight. But the sinking sun serves as a symbol of a place that is itself slowly disappearing beneath the horizon. Perhaps no one knows that better than Reverend Roch Naquin.

He was born on the island 88 years ago, and told Spotlight on America he remembers growing up surrounded by solid land full of fruit trees, gardens and ample land for trapping.

But as time progressed, he's watching as the island has slowly disappeared, a casualty of coastal erosion, with rising waters threatening to surround it for good.

Naquin says he had to lift his house three times in the last few decades, ultimately settling at 11 feet to stay above the water that's been brought in by a number of factors including storm surge and hurricanes.