Gulf of Mexico
In an April 21, 2010, photo taken in the Gulf of Mexico, more than 80 kilometers southeast of Venice, La., the Deepwater Horizon oil rig burns. AP File Photo 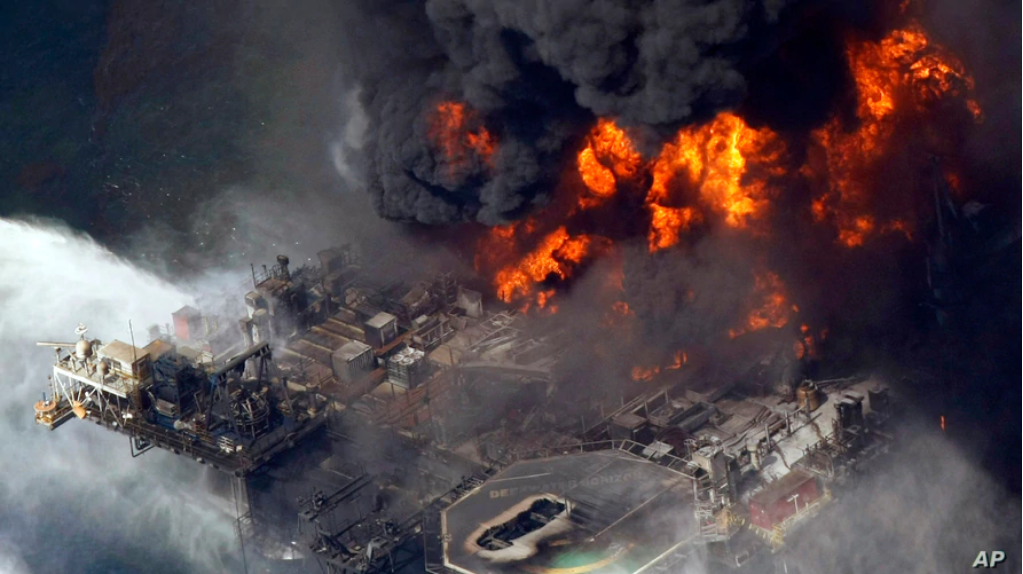 NEW ORLEANS, LOUISIANA - Ten years after the catastrophic BP oil spill in the Gulf of Mexico, Dean Blanchard of Grand Isle, Louisiana, is still haunted by what he witnessed.

“It was about three weeks after the spill and I was standing on the beach,” he remembers. “I saw a pelican flying crooked with blood coming out of him. I yelled for my buddies to take a look, and then this pelican crashed and died right in front of us. We walked over to it and it was covered in that thick brown oil.”

A few days later, he was on his dock and saw a dolphin with her calf - both also covered in oil.

“The baby was dead,” he says, “and that momma was just looking up at us with these eyes that were like, ‘Please help.’ Dolphins are smart animals, and I still can’t forget how scared those eyes looked.”

Blanchard operates one of America’s biggest shrimp distributors, Dean Blanchard Seafood, which has yet to fully recover from the aftereffects of one of the world’s worst oil disasters.

The calamity began when the Deepwater Horizon oil rig, leased by London-based BP, exploded off the coast of Louisiana on April 20, 2010, killing 11 workers and injuring 17 more. By the time the well was capped in July of that year, more than 800 million liters of crude oil – some 5 million barrels – had leaked into the Gulf of Mexico.

The environmental catastrophe devastated one of the world’s most productive aquatic ecosystems five years after Hurricane Katrina had decimated the region. Many of Louisiana’s coastal towns had been fighting for survival for years before oil began choking the region’s estuaries.