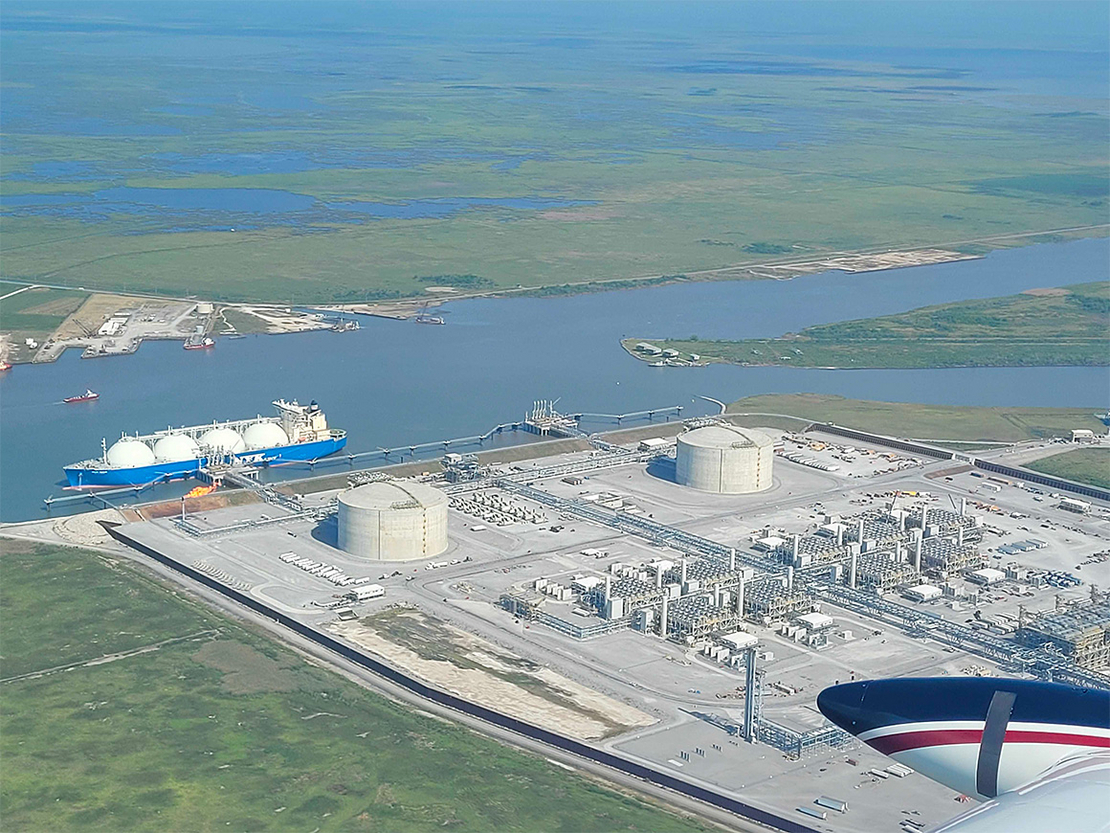 LA - U.S. LNG surge may have a flood problem

CAMERON, La. — Almost two years ago, Hurricane Laura pushed a 17-foot-high wall of water onto the Louisiana coastline. Hundreds of houses and businesses in this coastal town were simply washed away. The storm tide surged nearly 30 miles up the Calcasieu River and flooded large swaths of Lake Charles. It took weeks to restore the city’s electricity. Two months later, Hurricane Delta hit the same stretch of coastline.

Two years later, the devastation is still apparent — a wrecked building still sits across the street from the Cameron Parish courthouse, and a shrimp boat lies canted on its side along the main highway. In Lake Charles, blue tarps still dot the roofs of neighborhoods that were hit by the storm.

Yet Cameron and Lake Charles are home to an industrial revival, as companies scramble to build new export terminals and expand existing facilities for the booming international trade in liquefied natural gas. Two export terminals are already running, and the Russia-Ukraine war has raised hopes that American LNG will help supply energy to Europe. In March, the Biden administration pledged to send more LNG exports to Europe, including 15 billion additional cubic meters of gas this year.

If all of the companies are successful over the next few years, five new export terminals could join the two existing operations between Lake Charles and Cameron.

Together, the facilities in the two communities would be able to export more than 15 billion cubic feet of gas a day. That’s greater than the current U.S. export capacity and about one-eighth of U.S. natural gas production.

But a federal study from NOAA in February points out that the Gulf of Mexico from Texas to Louisiana is likely to see the highest sea-level rise in the contiguous United States. And flooding will likely become more intense and more frequent.

That is raising concerns that the growing LNG industry — which is becoming concentrated in the same vulnerable stretch of coastline — could exacerbate an ongoing land shrinkage problem. Louisiana’s coastline is already losing hundreds of acres a year to storms, rising seas and erosion, and experts blame much of the damage on the region’s oil and gas industry. The export plants will also create local air pollution and emit millions of tons of greenhouse gases that will help speed up climate change, further endangering the region, critics say (Energywire, Oct. 15, 2019).

“A hundred percent, we need jobs. What we don’t need are jobs that are suicidal, that are going to wipe out the coast,” James Hiatt, an organizer for the Louisiana Bucket Brigade, said during a tour of the area in May.

The terminal operators say they’ve planned for the future and can withstand the storms and floods, and argue that they’re bringing jobs and economic benefits to a hard-bitten part of the state. They also argue that American LNG can help replace dirtier fuels in other parts of the world.

“We do believe the world needs to transition to lower-carbon energy,” Brian Lloyd, vice president of external affairs and communications at Sempra Infrastructure, which operates one of the existing terminals, said in an interview.