Gulf of Mexico
An aquaculture cage sits on the surface of the ocean for cleaning and inspection at Snapperfarm, Inc., a commercial open ocean finfish operation in Culebra, Puerto Rico. Because of the strong currents, extreme wave energy and exposure to weather events, the cages are operated fully submerged and are only brought to the surface for maintenance or to harvest fish. NOAA Fisheries 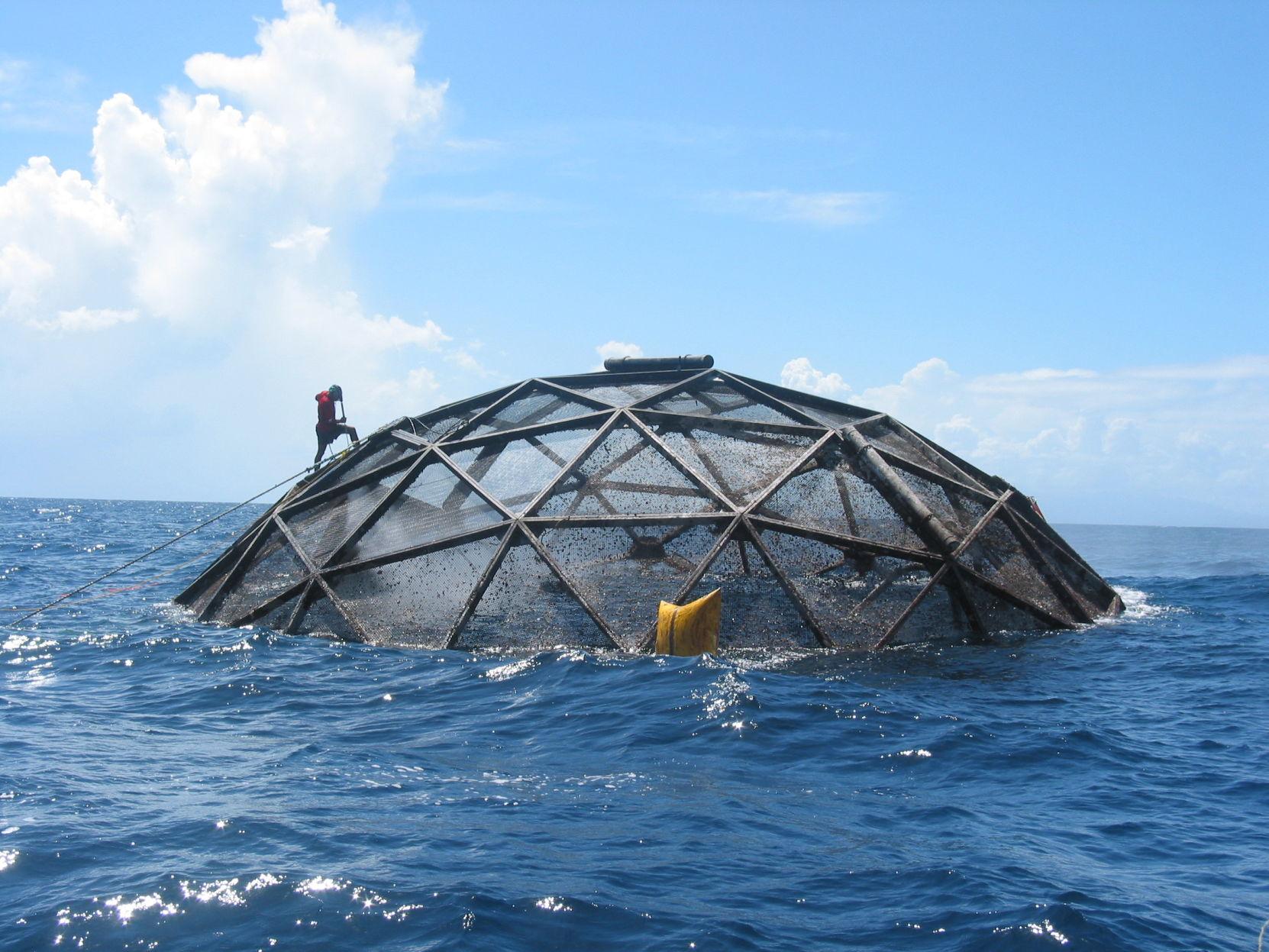 Ocean Era of Hawaii plans to install an underwater net pen about 45 miles southwest of Sarasota. The project, called Velella Epsilon, would be capable of raising 20,000 almaco jack, a fish similar to amberjack, each year. Its permits are under review by the Environmental Protection Agency.

An executive order by President Donald Trump could pave the way for fish farming in the Gulf of Mexico and other marine waters, potentially disrupting fragile ecosystems but broadening markets for the seafood industry.

Trump’s order, signed on Thursday, makes it the policy of the federal government to “identify and remove unnecessary regulatory barriers” restricting aquaculture in federal waters.

A cumbersome permitting process and opposition from environmental groups and catchers of wild seafood, including Louisiana shrimpers, have kept floating net pens from proliferating in the Gulf’s deep waters. Fish farms in marine waters are blamed for increased pollution and escapes that can harm wild fish populations. They’re also considered an efficient, highly profitable means of producing large numbers of popular fish species, including salmon and tuna.

“This executive order seems like a last desperate attempt to make (fish farming) happen while we’re all worried about coronavirus,” said Marianne Cufone, executive director of the New Orleans-based Recirculating Farms Coalition, a group opposed to offshore aquaculture. “Aquaculture has been met with a lot of challenges over water pollution from feed and waste, and escapement. If the fish get out, they can out-compete wild fish for space or food.”

But the American seafood industry may not be able to survive if it doesn’t match the growth of offshore fish farming in other countries, said Jim Gossen, president of the Gulf Seafood Foundation.

“We have to have more aquaculture or we’re all going to be out of business,” he said. “We need to be producing our own so we don’t have to eat food from other lands.”

The U.S. has lagged in meeting the growing demand for fish and other seafood. More than 80% of the seafood eaten by Americans is imported. India, a major producer of farmed shrimp, and Norway, which dominates the lucrative farmed salmon market, have seen annual growth rates of nearly 5 percent in recent years.

Many fish, including catfish and tilapia, are raised in ponds and other inland facilities, and some state-controlled marine waters host floating farms, such as the salmon pens of Puget Sound in Washington state. Deeper waters managed by the federal government have remained aquaculture-free.