Gulf of Mexico
Isle de Jean Charles, Louisiana. Inhabitants of this tiny island on the bayou know their island shrinking by the day. (USGS satellite photo) 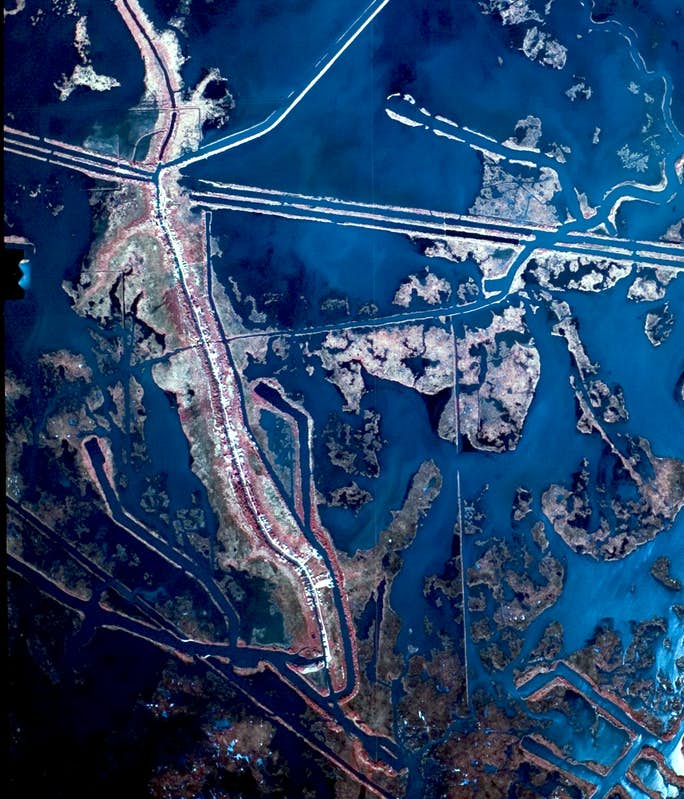 Four coastal Louisiana tribes and one in Alaska that say the U.S. government violated their human rights by failing to take action on climate change have submitted a formal complaint to the United Nations in Switzerland.

By
The Associated Press
Section:
Federal
Region:
Gulf of Mexico

The complaint was filed last week, The Advocate reported.

Sea-level rise and coastal erosion are drowning tribal burial sites in South Louisiana, according to the complaint.

"Despite their geographic differences," the complaint said. "The Tribes in Louisiana and Alaska are facing similar human rights violations as a consequence of the US government’s failure to protect, promote and fulfill each Tribe’s right to self-determination to protect Tribal members from climate impacts."