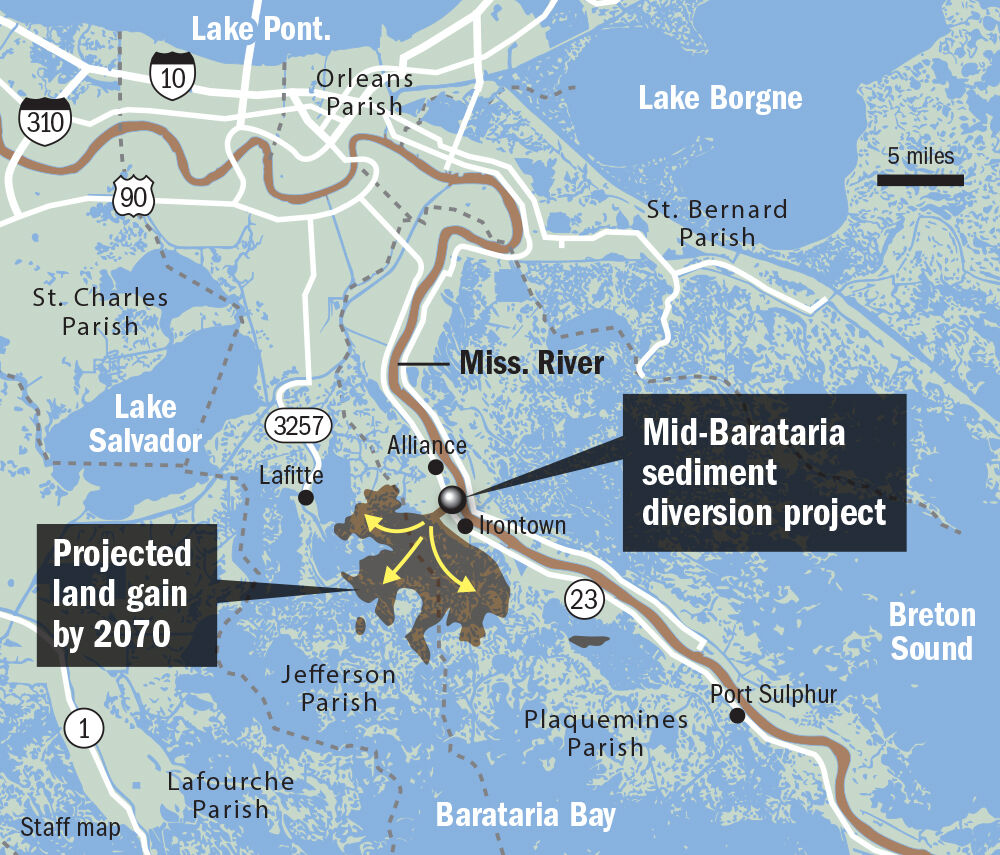 One of the most expensive, ambitious and controversial proposals in Louisiana’s 50-year, $50 billion bid to save the southern third of the state from disappearing like a modern-day Atlantis passed a major milestone Thursday night with the release of a mostly positive assessment from the Army Corps of Engineers.

Four years in the making, the Corps' draft environmental impact statement found that the benefits of the Mid-Barataria Sediment Diversion - chiefly, creating and sustaining 28 square miles of marshes in the rapidly eroding Barataria Basin - more than outweigh the attendant disruption to oyster, brown shrimp and saltwater fisheries, and to bottlenose dolphins.

And in the report, the Corps redefined the need for the project, from simply restoring the natural input of sediment and freshwater in the basin to also using those resources to heal injuries caused by the 2010 Deepwater Horizon oil disaster. The addition recognizes that the project’s construction price tag, now approaching $2 billion, will be fully funded from the $8 billion that BP is setting aside to compensate for damages.

The project calls for gouging a wide hole in the Mississippi River levee in lower Plaquemines Parish and filling it with a concrete structure to channel as much as 75,000 cubic feet of sediment-laden river water per second into the West Bank wetlands. Rebuilding those marshes, badly wounded over time by hurricanes, oil and gas work and the loss of replenishing sediment since the wandering river was leveed more than a century ago, would reduce the height of storm surge across some West Bank communities by as much as one foot, the report concluded.