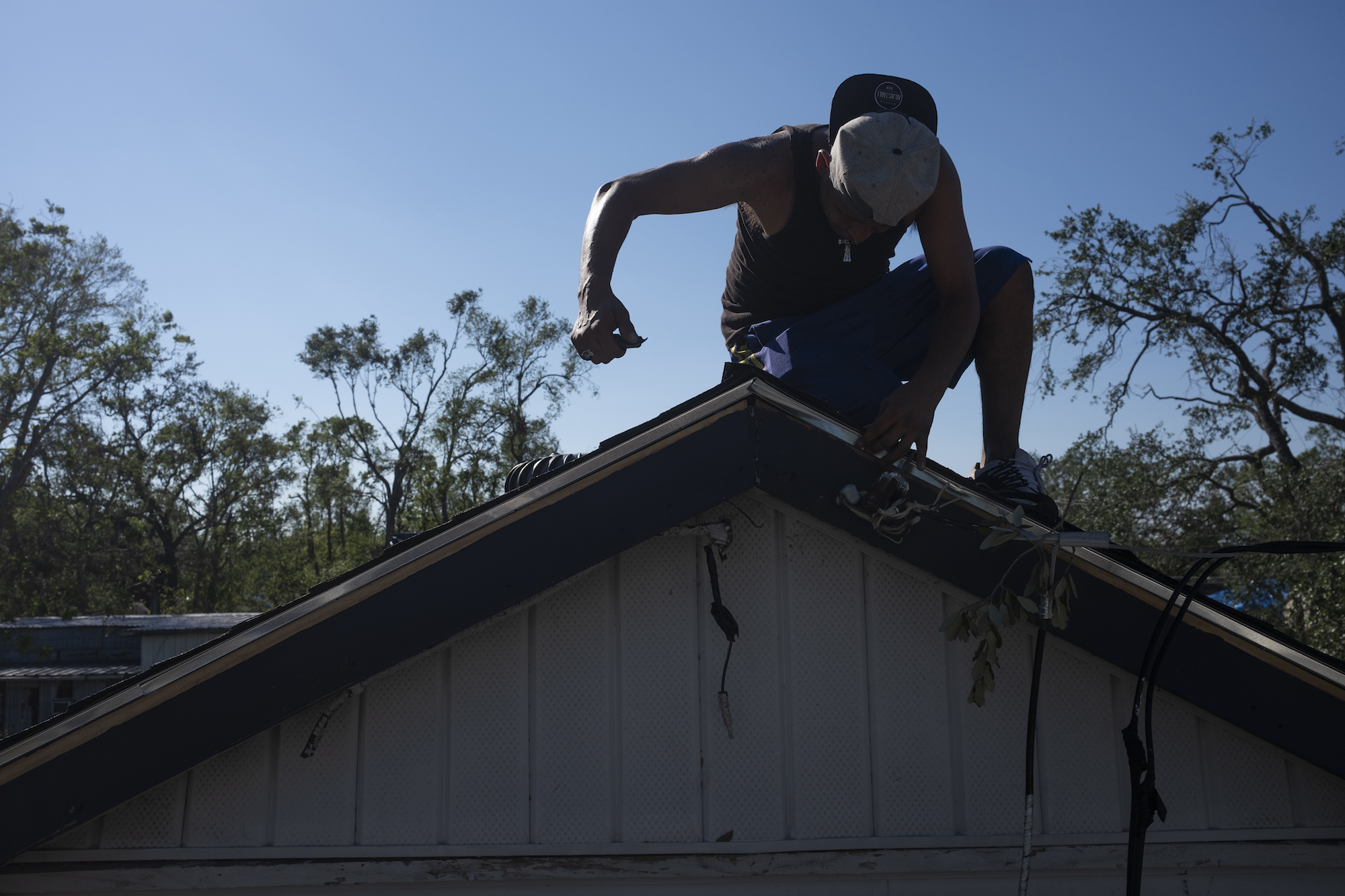 The best way to build back better might be to build elsewhere.

In early May, President Joe Biden stood in front of the 70-year old Calcasieu River Bridge in Lake Charles, Louisiana. With the aging bridge in the background, he spoke about the hurricanes that have battered the town over the last year, emphasizing the need for infrastructure to adapt to the increasing severity of storms influenced by climate change. “The people of Louisiana always have picked themselves up, just like America always picks itself up,” he said, adding that the U.S. needs to “build back in a way that all we build is better able to withstand storms.”

But sometimes, the best way to build back better might be to just pick up and build elsewhere. Just 10 miles from the bridge where Biden gave his speech, the Greinwich Terrace neighborhood of Lake Charles has been slated by the state of Louisiana for optional buyouts — a program where the government will buy property that is frequently affected by flooding, allowing the residents to relocate out of harm’s way.

Lake Charles has been hit by four federally declared weather disasters in the last year, including Hurricanes Delta, Laura, and Zeta, plus Winter Storm Viola. At the end of May it was once again hit with a once-in-a-century rainstorm, causing widespread flooding. The repeated disasters have taken a toll. “We are a very resilient people. We are a very strong population,” Lake Charles Mayor Nic Hunter said after May’s flooding. “But, you know, eventually you do kind of get to a point where you ask Mother Nature: What more can you do to us?”

Some have already chosen to leave — Lake Charles had the biggest outward migration of population in the country last year, with 6.7 percent of residents leaving — perhaps in part due to displacement by the storms.