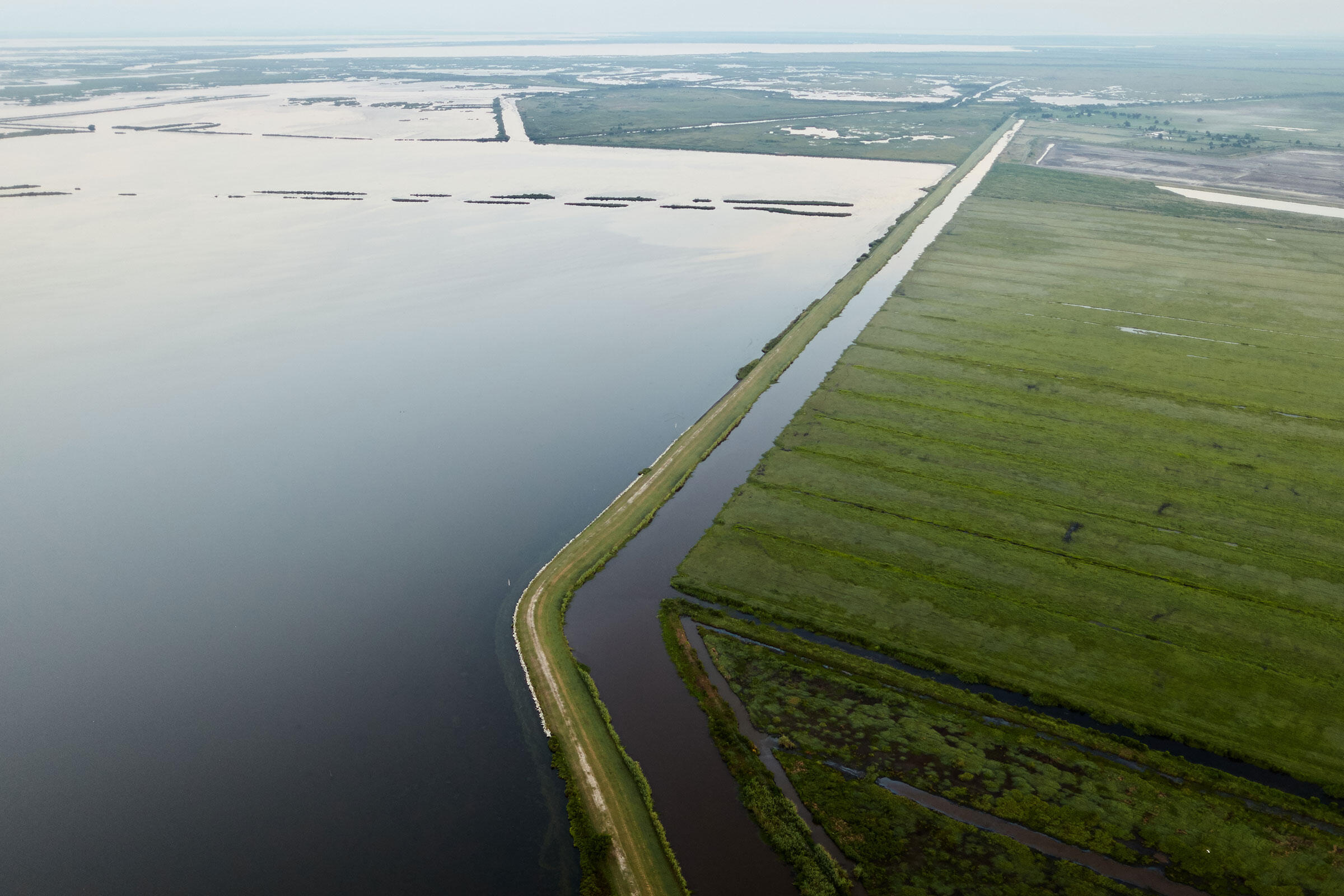 An influx of Mississippi River sediment promises to provide vital bird habitat and hurricane protection, but not without disrupting livelihoods.

The marshes south of New Orleans are dying, slowly sinking into the rising sea. But when Erik Johnson imagines their future, he sees a paradise for birds. Bald Eagles will feast on fish in Barataria Bay. Green-winged Teal and Mottled Ducks will forage in the shallows. With luck, Roseate Spoonbills might join in. “Where the freshwater and saltwater mixes is just a really productive system,” says Johnson, director of conservation science for Audubon Delta.

That wildlife haven is within reach, he and other conservation advocates say, if Louisiana moves forward with one of the biggest coastal-restoration projects in history. The Mid-Barataria Sediment Diversion will help to rebuild vanishing habitats in an important area for a variety of birds; a study Johnson co-authored estimated that coastal Louisiana supports nearly three-quarters of the country’s Sandwich Tern population and more than half of the world’s Seaside Sparrows. At the same time, the project promises to provide a buffer from flooding and hurricanes, potentially shaving a foot off of storm surges near New Orleans within 50 years.

The diversion is a core component of Louisiana’s five-decade, $50 billion plan to protect its coast. “It’s a critical project for our state,” says Kristi Trail, executive director of Pontchartrain Conservancy. “It’s one key way we know that will restore the coast to the way that Mother Nature designed it to be.”