Gulf of Mexico
via Restore the Mississippi River Delta 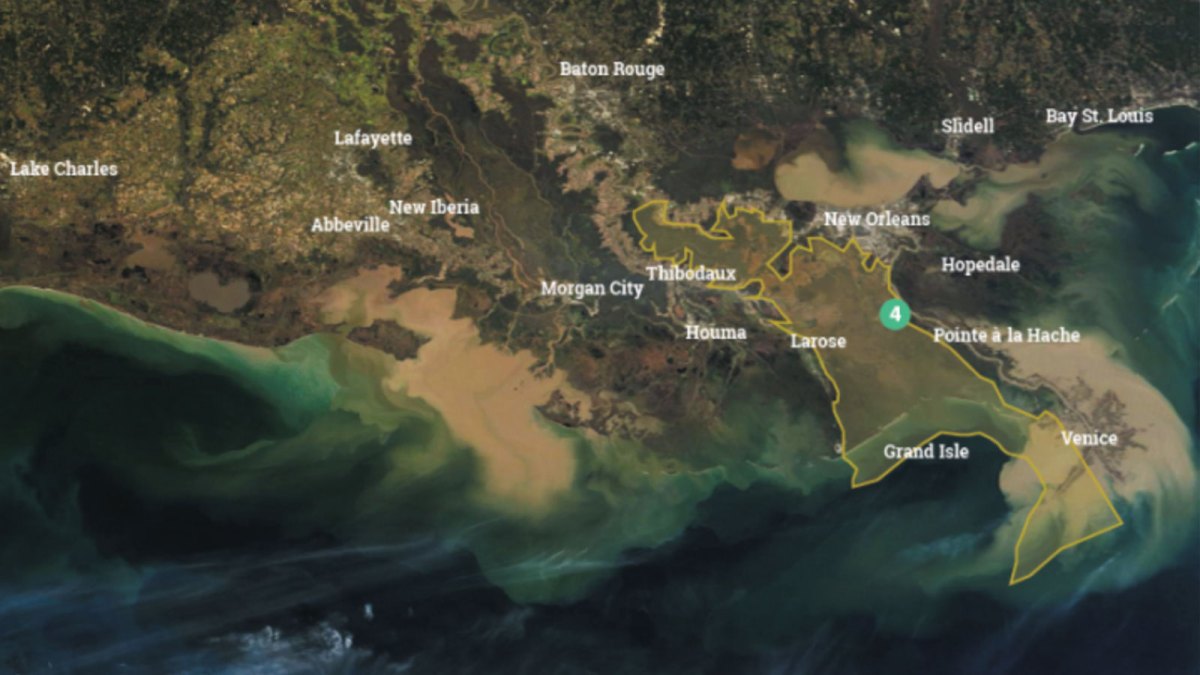 Louisiana has never been hard to pinpoint on a map — it’s the only state in the U.S. that looks like a giant boot. At least it did, before the ocean swallowed the carbon emissions belched out by industrializing nations and began to swell. Now, the boot is losing a football field of land every hour to the rising tide.

In order to save the state from sea-level rise, the Louisiana state government is embarking on a series of years-long, multi-billion dollar projects to slow the rate of land loss. This month, the U.S. Army Corps of Engineers, the federal civil works and military engineering agency, greenlighted the first of those large projects. The money to fund it is coming from an unlikely place: BP, the multinational oil corporation.

Slowing the rate of land loss in a state like Louisiana is easier said than done. As the ocean has risen, it has seeped into the delicate bayous that comprise the sole of the boot, flushing them with saltwater and killing the deep-rooted plants that keep the watery marshes from disintegrating. This slow seepage has cascading effects. It makes folks living along the coast more vulnerable to tropical storms, hurricanes, and storm surge. It threatens to wipe away huge swaths of Louisiana’s tourism industry and indigenous species of flora and fauna. And it will eventually force millions of Louisiana residents to flee their homes. The state could lose a third of its coast by 2050.

Their first foray into this land-making enterprise will take place in the Barataria Basin, a wetland south of the city of New Orleans. Using remediation funds from the Deepwater Horizon oil spill, which covered the coast in a thick layer of oil in 2010 and is still impacting wildlife and industry in the region, the state will channel the river and the crucial sediment and nutrients it carries into the basin. Doing so will prevent the basin — which serves as a buffer for the rest of the state, and particularly New Orleans, against flooding from hurricanes and sea-level rise — from losing 550 square miles of land over the next 50 years. The project made it through a major hurdle of the approval process on March 5 when the Army Corps released a draft environmental impact statement that assessed the pros and cons of the diversion. If all goes according to plan, construction could begin as soon as spring 2022. The mid-Barataria diversion is shaping up to be one of the largest ecosystem re-engineering projects in U.S. history.