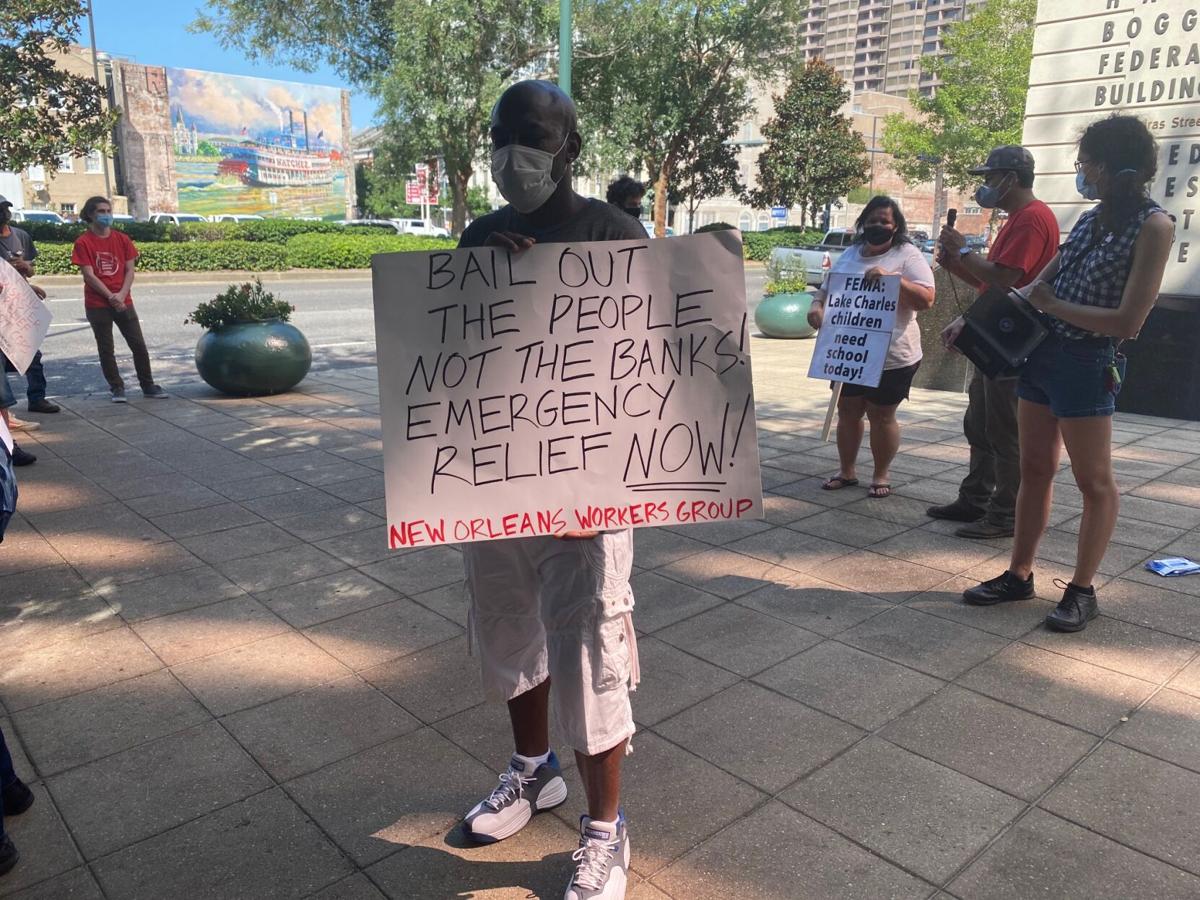 Hunkered down in a Metairie hotel, 50-year-old Ron Thomas scrolled through his phone, staring at photos of the storm-ravaged home he shares with his fiancee and his 73-year-old mother in northern Lake Charles.

The photographs document the all-too-familiar, painful sight for anyone living in south Louisiana and elsewhere along the Gulf Coast: a now-roofless structure, blown off its foundation, filled with broken and unsalvageable possessions after damage from wind and rain.

The house, which had been in the family for three generations, “is done,” Thomas says, adding that he thinks “at least 80%” of the homes in his neighborhood alone will require rebuilding.

As Hurricane Laura rapidly gained strength in the Gulf of Mexico, Thomas says, he made the decision to evacuate with family members just one day before the storm hit, after his brother volunteered to pay for their hotel room outside of Baton Rouge. When he returned to Lake Charles to survey the damage, he realized, "I lost everything."

As is the case in the aftermath of the slew of devastating storms that have hit the U.S. and the island nations of the Caribbean and Atlantic in recent years, it will be a long, uncertain road to recovery for Thomas and the thousands of other Louisiana residents grappling with economic instability and displacement in the wake of yet another environmental catastrophe.

Compounding the typical challenges of rebuilding after a hurricane, Thomas and his fiancee, Jennifer Fisher, 44, are both disabled with chronic medical conditions that are both physiological and psychiatric. Their house was paid off decades ago, but they have no insurance. Their main income source is government-issued disability checks — and though they should be eligible for FEMA relief funds, they say they have yet to receive it.