Gulf of Mexico
Isle de Jean Charles resident Theresa "Betty" Billiot a shovel to test the increasingly soggy ground behind her house on Thursday, January 14, 2021. Betty is in line to receive a new home as part of a $48 million environmental crisis resettlement plan. (Photo by Ted Jackson, Nola.com | The Times-Picayune | The New Orleans Advocate)PHOTO BY TED JACKSON 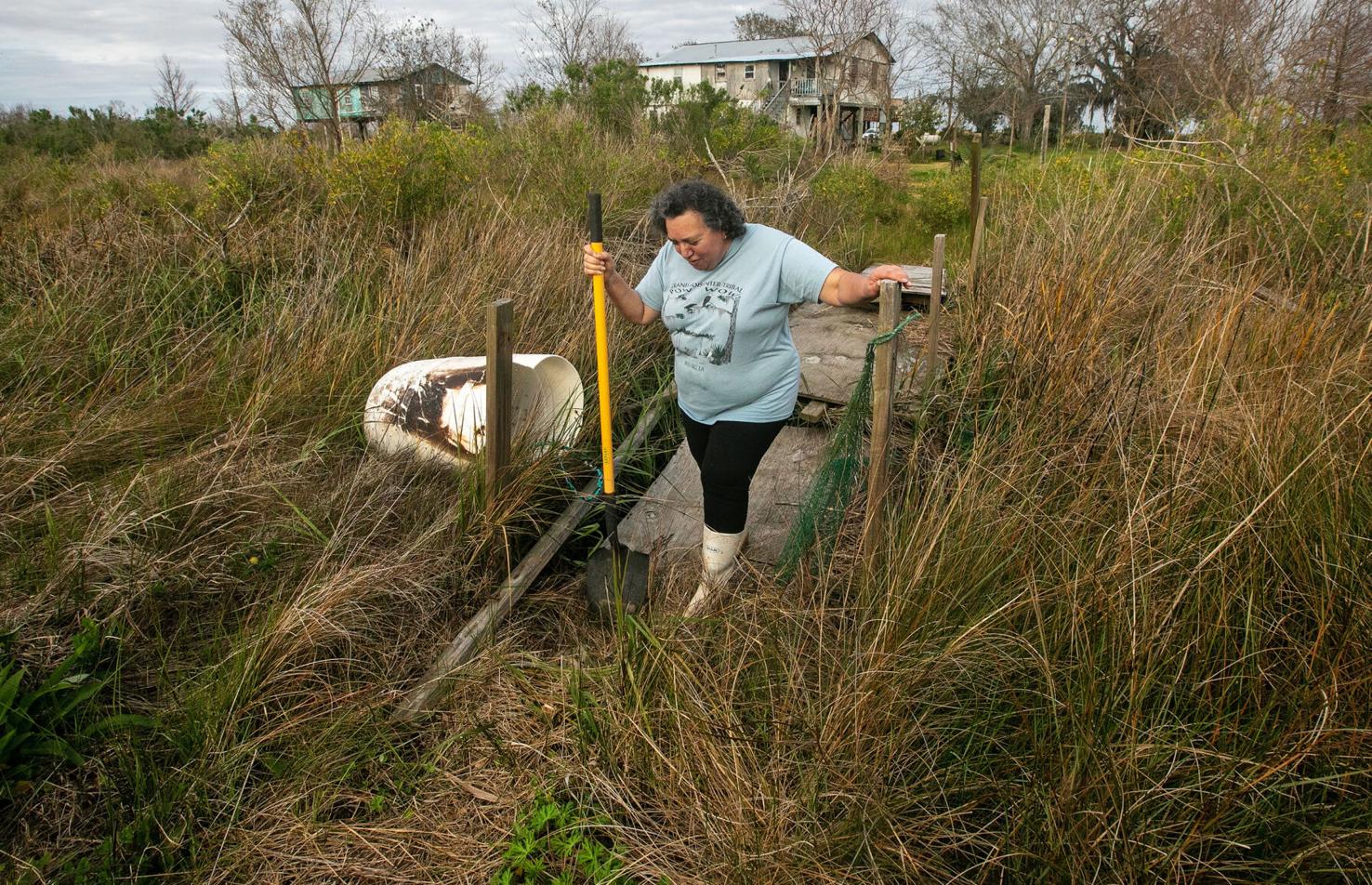 ISLE DE JEAN CHARLES - When she was a girl, Theresa “Betty” Billiot would open the back door to a view of cattle grazing in pastures, cotton fields and wild prairie dotted with duck ponds. Now she opens the same door and sees nothing but the rising sea.

“You got to watch where you walk because you might sink,” she said, stabbing a soggy backyard path with her shovel, a tool she uses to both ward off snakes and test the stability of the ever-softening, ever-shrinking land around her home, one of the last still standing on Isle de Jean Charles.

“If you get stuck, there’s nobody around anymore to come get you out.”

On a February afternoon in 2021, Billiot, 63, was visiting the “itty-bitty trees” she kept planting on an island everyone tells her is doomed. After years of growth, her two dozen oaks and pecans remained more sticks than trees, stunted by floods, storms and salt water seeping in from underground. Spanish moss hung from one oak’s stubby branches, resembling a child wearing grown-up clothes.

“Only that tree has hope for the future,” she said.

Billiot, a widowed grocery worker and member of the Jean Charles Choctaw Nation, is one of very few islanders who left and then moved back to this remote ribbon of marshy ground in Terrebonne Parish, 45 miles southwest of New Orleans.

After 30 years away, Billiot found the island almost unrecognizable. When Native Americans settled in the early 1800s, Isle de Jean Charles was less an island and more a ridge surrounded by marsh and coastal prairie. By 1957, when Billiot was born, the island covered 35 square miles.

Now, less than 1 square mile remains. It’s as if Manhattan had been whittled down to half of Central Park over a lifetime. The island’s population, mostly French-speaking American Indians and their descendants, has fallen from 325 to just a dozen in 20 years.