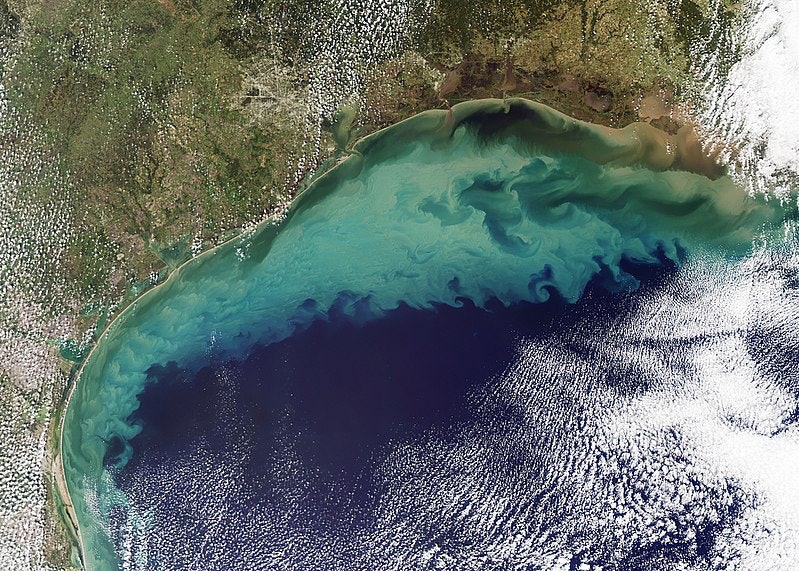 While summer 2020 is shaping up to be a very distinctive summer, one annual environmental event is back with unfortunate regularity. According to a new report, the "dead zone" that forms every year in the Gulf of Mexico is forming, and this year it's expected to be "larger-than-average."

A dead zone, or hypoxic area, is an area of LOW TO NO OXYGEN where marine life struggles to survive. It's often caused by an algal bloom: Too many nutrients in the water cause algae to flourish beyond its normal levels, which chokes out fish and other animals, eventually killing them.

In the Gulf of Mexico, a massive low-oxygen area forms every year — it's the world's largest recurring hypoxic, or extremely low-oxygen, mass. It's been happening since at least 1950 when it was first noted by shrimpers in the area. This dead zone equates to 4.3 million acresof potential habitat loss for fish and other animals.

On Wednesday, the National Oceanic and Atmospheric Organization (NOAA) released its latest report, a forecast of the 2020 dead zone.

NOAA scientists predict an above-average dead zone that spans about 6,700 square miles, according to the report. This prediction is based on river-flow and nutrient data collected by the U.S. Geological Survey.

The dead zone is bad news for marine life, and for fishers who rely on a healthy fish population to make a living. The Gulf of Mexico supplies 72 percent of shrimp harvested in the US, 66 percent of oysters, and 16 percent of commercial fish overall.