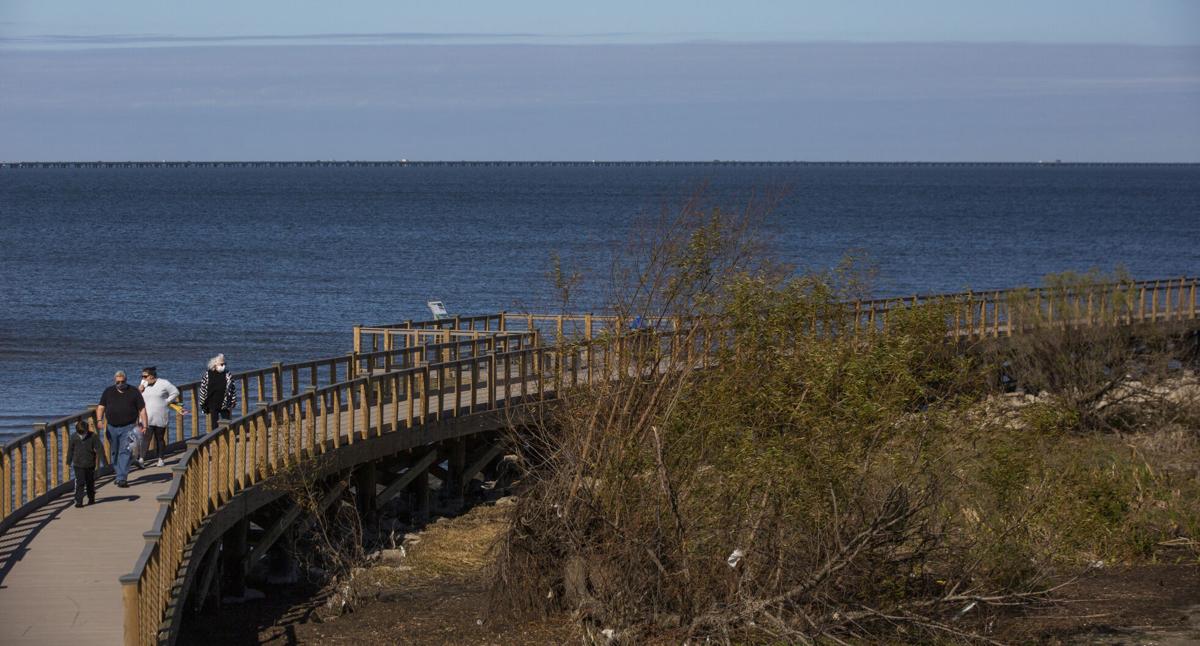 The ecological health of the 10,000-square-mile Lake Pontchartrain Basin will be the focus of $53 million in grants in the federal infrastructure bill that President Joe Biden plans to sign Monday.

About $10.5 million will be distributed annually over the next five years by U.S. Environmental Protection Agency for a variety of programs aimed at improving water quality and restoring fish and wildlife habitat. That's as much as 10 times what EPA annually provides for the basin.

Heading to the beach? New study says these Louisiana swim spots are laden with bacteria

“To go from $1 million to $2 million a year to $10 million a year, that’s a lot of money," said Kristi Trail, executive director of the Pontchartrain Conservancy, which is likely to receive a significant share of the money. Trail said it's unclear how much the conservancy will receive.

“The amount is what we dreamed of 20 years ago,” said Trail's predecessor, Carlton Dufrechou, who led the agency when it was called the Lake Pontchartrain Basin Foundation. Dufrechou is now executive director of the Causeway Commission.

The conservancy has been pushing for more financial support since its inception in 1989, and was instrumental in getting then-U.S. Sen. David Vitter, R-La., to sponsor legislation that created the EPA basin restoration program in 2000.

Most of the basin’s water quality problems result from “nonpoint source” pollution:

A 2020 inventory by the Louisiana Department of Environmental Quality found that only 27% of water areas in the basin was fully supportive of fish and wildlife propagation, meaning the rest was impaired for aquatic habitat, food, resting, reproduction, cover or travel corridors for fish and wildlife, and could pose contamination problems for fish caught and eaten by residents.