Gulf of Mexico
The photo above depicts an example of land building in a rapidly subsiding area near the mouth of the Mississippi River. (Photo by Torbjörn Törnqvist) 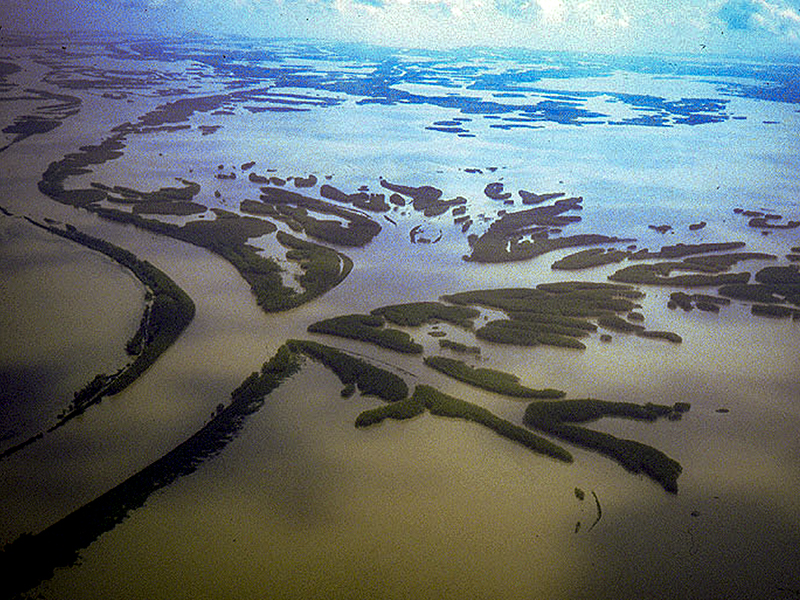 Published in the Journal of Geophysical Research: Earth Surface, the papers focus on subsidence in coastal wetlands and in shallow bays. Using different methods, both studies show that subsidence rates increase due to sediment deposition. Nevertheless, deposition rates typically outpace this accelerated subsidence, with new land creation and higher land elevations as a result.

The lead authors on the two papers are Molly Keogh (PhD, 2019), currently a postdoc at the University of Oregon, and Elizabeth Chamberlain (PhD, 2017), now an assistant professor at Wageningen University in The Netherlands.

“We found that both wetlands and bays subside rapidly due to loading with fresh sediment,” said co-author Torbjörn Törnqvist, Vokes Geology Professor in Tulane’s Department of Earth and Environmental Sciences. “The wetland study led by Keogh shows that the majority of this subsidence happens in the shallowest 10 feet and within the first centuries after deposition. The shallow bay study led by Chamberlain shows that up to half the elevation gain that is possible by deposition is lost to subsidence.”

“Much has been made of processes deeper in the Earth’s crust like faults, but the available research that attaches hard numbers to deep processes shows that those are secondary factors,” Törnqvist added. “Shallow processes are not only much more rapid, often by a factor of 10, but also occur almost everywhere along our coast and they are demonstrably ongoing today.”

Both studies are based on new borehole data collected throughout coastal Louisiana. These cores were analyzed for numerous properties, including sediment density and age. Computer modeling of deposition and land growth by means of river diversions suggests that the subsidence driven by accumulating sediment has a limited impact on reducing the rate of land growth, both horizontally and vertically.

Other co-authors are based at Coastal Carolina University, the Louisiana Universities Marine Consortium, Deltares (a research institute in The Netherlands), and Yonsei University in South Korea. Funding was provided by the U.S. National Science Foundation, the Coastal Protection and Restoration Authority of Louisiana, and Louisiana Sea Grant.