Gulf of Mexico
via NOAA Fisheries 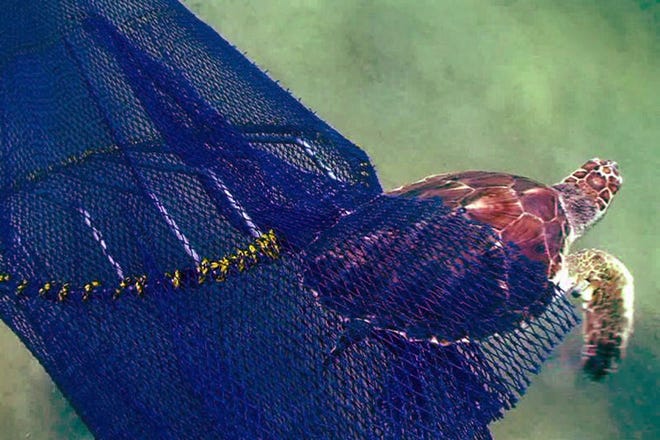 A new program will foot part of the cost Louisiana shrimp fishermen will have to pay for mandated devices that prevent sea turtles from getting trapped in their nets.

The state Department of Wildlife and Fisheries will operate the Skimmer Turtle Excluder Device Reimbursement Program. Part of the $250,000 in grant money for the program came from fines levied against BP and other companies for the 2010 Gulf of Mexico oil spill.

A turtle excluder device, or TED, is a metal grid with a trap door that opens to allow turtles to escape the shrimp net. TEDs, officials say, prevent the capture and drowning of sea turtles, including several species listed by the federal government as endangered.

The cost of the devices vary from $150 to $350, officials said. The program will reimburse up to 60 percent of the cost for two TEDs for fishermen who use smaller skimmer nets.

Larger shrimp boats have been required for years to use TEDs. A federal law that takes effect April 1 will require that TEDs must be installed in skimmer vessels 40 feet or longer.

Louisiana fishermen could need 1,200 to 1,500 TEDs manufactured by the mandated date, state officials said. The new program aims to provide financial relief to fishermen who have to purchase the devices prior to the effective date.

“I commend the Louisiana Department of Wildlife and Fisheries and their funding partners for putting this program together,” Gov. John Bel Edwards said in a news release. “My administration is committed to getting as much funding as possible to assist our fishing community.”