Gulf of Mexico
Cabot Corso and friends hold their catch from a day surf fishing. Photo by Cabot Corso 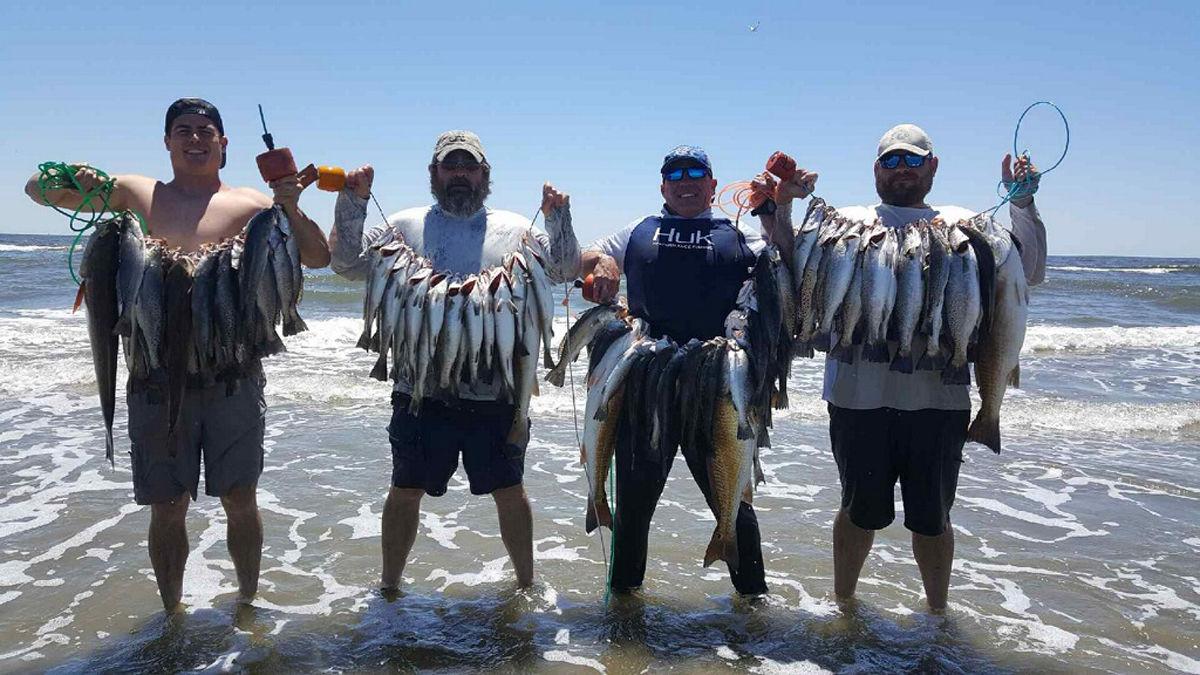 Cabot Corso of Destrehan remembers the day long ago he and a few fishing buddies, most wearing cutoff shorts and tennis shoes, were cleaning speckled trout on Grand Isle.

Another angler dressed like he was walking off the pages of a high-class saltwater fishing magazine pulled up with a shiny Robalo, a world-class fishing boat, in tow and surveyed the scene. Oddly, the visitor didn’t ask what they used to catch their limits speckled trout. He asked what brand of boat they were in.

One of Corso’s buddies said, “Reebok! … We were surf fishing.”

Apparently, the angler felt insulted in some way and walked away without another word, Corso said.

That was 25 years ago when Corso was 34. He still chuckles at the memory and still hauls in beaucoup speckled trout from his favorite surf fishing destination, Elmer’s Island, a barrier island in Jefferson Parish along the Louisiana Gulf Coast.

Corso was catching speckled trout there in late April and has had a heckuva start to May. This is the time of year large speckled trout laden with eggs make their move to spawn.

“Around April, May, the big fish that are spawning come in to Caminada Bay and behind Grand Isle. The warmer it gets (in late spring), the more fish come in. It gets better and better,” Corso said a few weeks ago after a friend, Dylan Bordelon of Metairie, proved his point by catching a 7.38-pound speckled trout April 25 in the surf off Elmer’s Island.