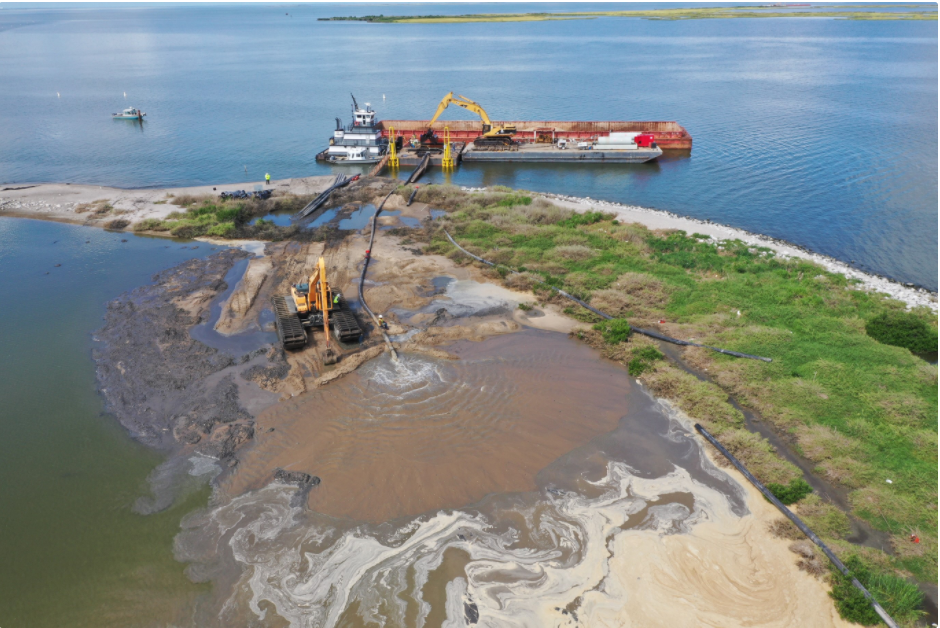 Rabbit Island is also where about 180 brown pelicans and 140 smaller birds were released in 2010 after oil from the BP spill was washed off of them.

Spill settlement money is paying for the $16.4 million project, including the $7.3 million contract with Weeks Marine of Covington, authority spokesman Chuck Perrodin said Tuesday. The company is dredging sediment from the Calcasieu Ship Channel to rebuild the island, which sits in a cove of Calcasieu Lake.

The authority said Rabbit Island is the first rebuild of a waterbird colony since the successful restoration of Queen Bess Island, which saw a dramatic increase in nesting activity immediately following its completion.

“Within weeks of construction wrapping up last February, at least 8,000 brown pelicans started nesting on Queen Bess, more than double what was expected,” executive director Bren Haase said in a news release. “And Rabbit Island is more than twice the size of Queen Bess, with 88 acres being rebuilt as suitable nesting habitat. We look forward to welcoming thousands of nesting birds back this spring.”

Before Queen Bess Island was increased from 5 acres (2 hectares) to about 37 acres (15 hectares) of usable nesting area, about 6,500 brown pelicans and 3,000 smaller seabirds nested there.